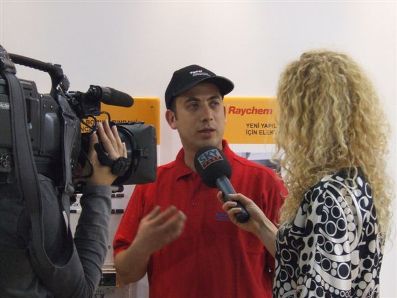 Tyco Thermal Controls, the company that develops smart Raychem electric underfloor heating systems, is the market leader in industrial heat-tracing systems, and it is now in Turkey!

What is a smart space heating? It is a heating system that uses a self regulating heating cable, which needs to be plugged at one end only. What is more smart about it is that it can reduce its conductivity. and thus reduce the heat, at any point along the cable. This method saves a lot of energy. This self-regulating cable system has been used in industrial, and petrochemical plants for the past 10 years, and from now on it will be used in electric underfloor heating systems for houses and buildings.

On August 1st 2006 SAMM Technology signed an agreement with Tyco Thermal Controls, and according to this agreement SAMM will be the official distributor of Raychem underfloor heating systems in Turkey.