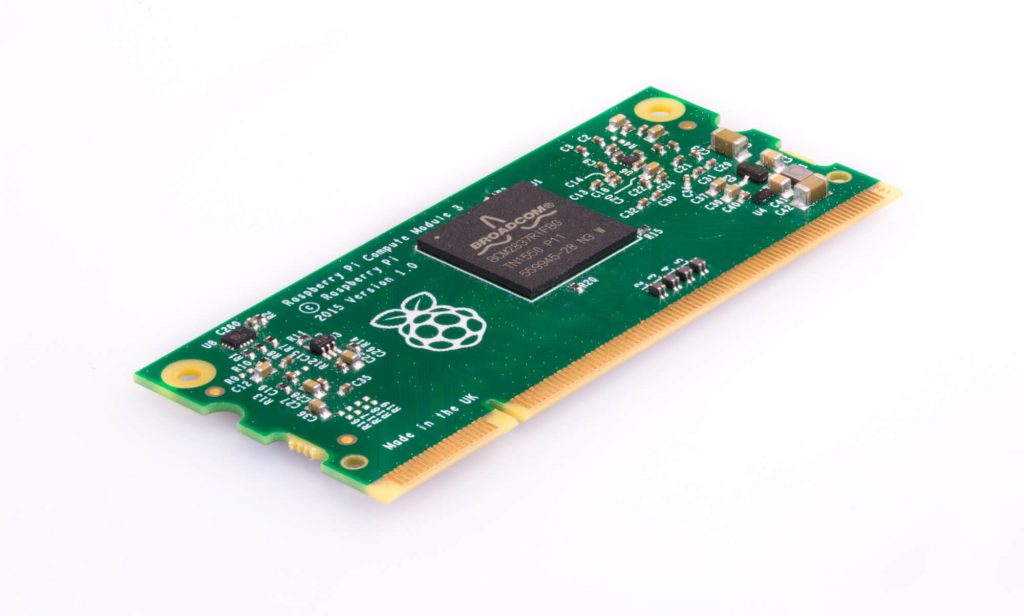 The idea of the Compute Module was to provide an easy and cost effective route to producing customised products based on the Pi hardware and software platform. The thought was to provide the ‘team in a garage’ with easy access to the same technology as the big guys. The module takes care of the complexity of routing out the processor pins, the high speed RAM interface and core power supply and allows a simple carrier board to provide just what is needed in terms of external interfaces and form factor. The module uses a standard DDR2 SODIMM form factor, sockets for which are made by several manufacturers and are easily available and inexpensive.

In fact today Raspberry Pi is launching two versions of Compute Module 3. The first is the ‘standard’ CM3 which has a BCM2837 processor at up to 1.2GHz with 1GByte RAM (the same as Pi3) and 4Gbytes of on-module eMMC flash. The second version is what is called ‘Compute Module 3 Lite’ (CM3L) which still has the same BCM2837 and 1Gbyte of RAM but brings the SD card interface to the module pins so a user can wire this up to an eMMC or SD card of their choice.

Raspberry Pi is also releasing an updated version of our get-you-started breakout board, the Compute Module IO Board V3 (CMIO3). This board provides the necessary power to the module and gives you the ability to program the module’s Flash memory (for the non-Lite versions) or use an SD card (Lite versions), access the processor interfaces in a slightly more friendly fashion (pin headers and flexi connectors, much like the Pi) and provides the necessary HDMI and USB connectors so that you have an entire system that can boot Raspbian (or the OS of your choice). This board provides both a starting template for those who want to design with the Compute Module, and a quick way to start experimenting with the hardware and building and testing a system before going to the expense of fabricating a custom board. The CMIO3 can accept an original Compute Module, CM3 or CM3L.

Comprehensive information on the Compute Modules is available in the relevant hardware documentation section of our website and includes a datasheet and schematics.
With the launch of CM3 and CM3 Lite Raspberry Pi is not obsoleting the original Compute Module, as they still see it as a valid product in its own right being a lower cost and lower power option where the performance of a CM3 would be overkill. 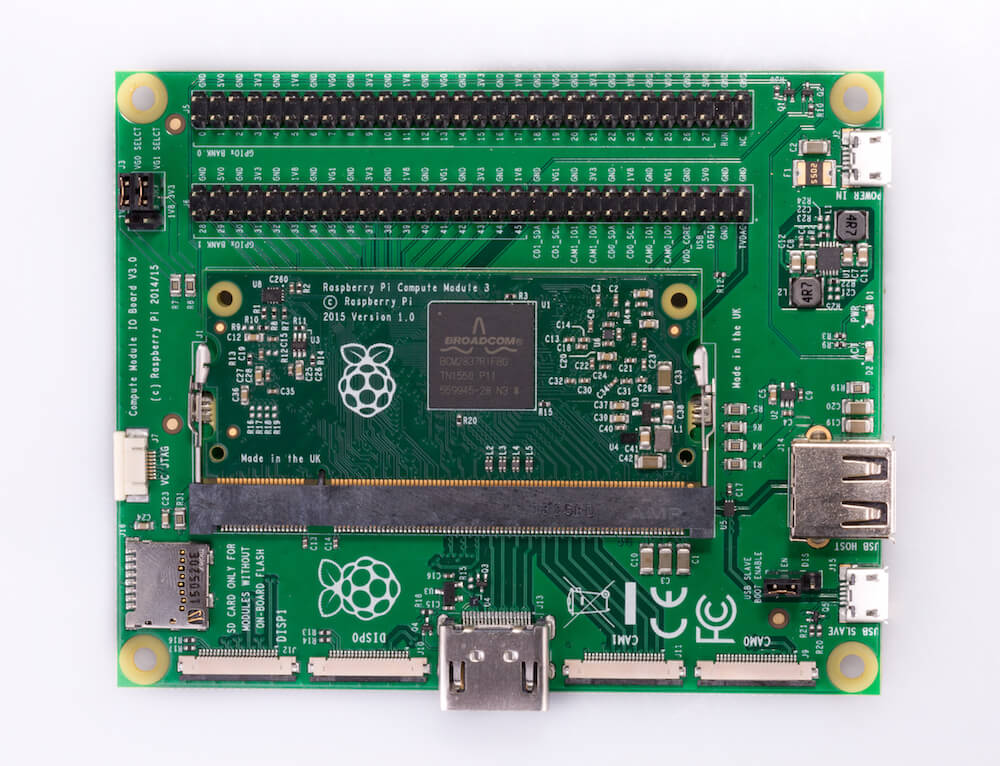 CM3 and CM3L are priced at $30 and $25 respectively (excluding tax and shipping) and this price applies to any size order. The original Compute Module is also reduced to $25. Our partners RS and Premier Farnell are also providing full development kits which include all you need to get started designing with the Compute Module 3.

The CM3 is largely backwards compatible with CM1 designs which have followed our design guidelines. The caveats are that the module is 1mm taller than the original module and the processor core supply (VBAT) can draw significantly more current and consequently the processor itself will run much hotter under heavy CPU load – i.e. designers need to consider thermals based on expected use cases.

We’re very glad to finally see the launching of the Compute Module 3, and we’re excited to see what people do with it.