While visiting our factory last week, one of the best scientists and physicists in Turkey Prof. Dr. Bilge Demirköz shared with us her views about our projects that we are carrying out at CERN and about the tenders of these projects.

In addition, we took the opportunity to immortalize her visit by planting an apple tree sapling in the garden of our factory, under her name. We chose it to be an apple tree to represent the breakthrough in the world of science with Newton's theory of gravity.

Prof. Dr. Bilge Demirköz has taken part in CERN's ATLAS and AMS-02 experiments for 11 years, has been on the CERN ACU Board as a representative of the Middle East and Turkey, and is a principal member in TÜBA, The Turkish Academy of Science. We would like to thank her for her visit to our factory and we were highly honored and pleased by her views on our company. 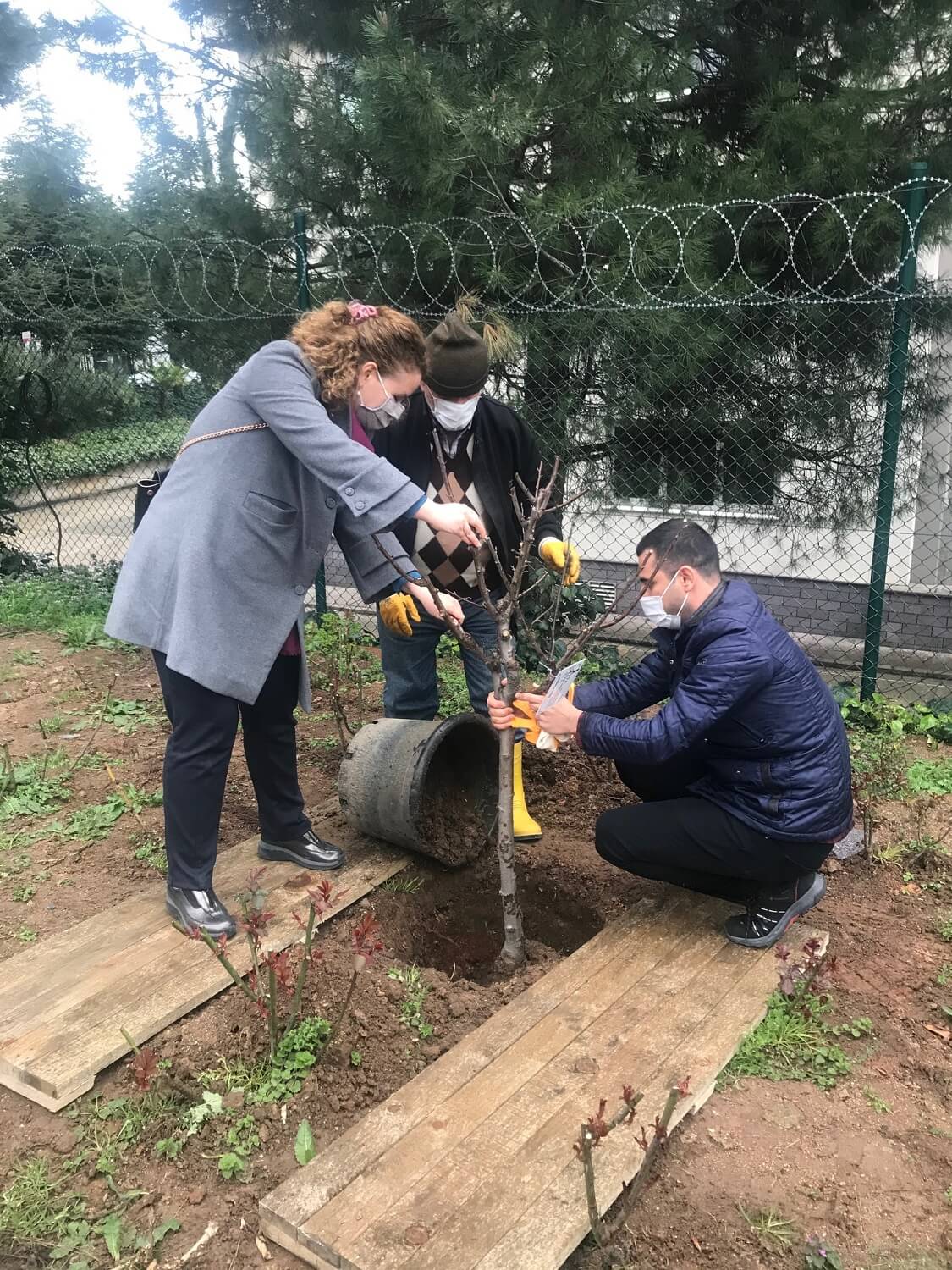 After graduating from Robert College, Prof. Dr. Bilge Demirköz completed her master's degree at MIT by working in the construction of the Alpha Magnetic Spectrometer experiment, which is now located on the International Space Station. She also worked in the ATLAS experiment at CERN for his Ph.D at Oxford University. After her postdoctoral studies in IFAE Barcelona and Cambridge Universities she returned to Turkey and took her position in the Middle East Technical University. In addition, her participation made Turkey a member in the Alpha Magnetic Spectrometer experiment, and allowed a Turkish team to take part in an experiment above the ISS space station for the first time. Her project, proposing tests against space radiation with protons, was supported by the Ministry of Development with 13 million TL and her current Scattering Beam Line project is being implemented at METU. Her Indigenous Radiation Monitor (YRM), which measures the proton and electron flux to which satellites are exposed, is currently being developed, and a prototype of the YRM flew into space twice with Roketsan's probe rockets and collected radiation data.

In Prof. Dr. Bilge Demirköz's research group, there are 4 engineers, 1 technician, 2 post-doctoral researchers, 5 doctoral students, 7 graduate students, many undergraduate students and 3 administrative experts. In addition to being a TUBITAK Scientific Board member for 3 years and being the representative of The Middle East and Turkey at CERN for 2 years, Prof. Dr. Bilge Demirköz received the UNESCO-L'Oreal International Rising Talent Award at a ceremony held in Paris in March in 2017 and she was also selected as The Young Global Leader by the World Economic Forum in 2019. Finally, as the director of METU Space and Accelerator Technologies Application and Research Center (İVME-R) she received the Elginkan Foundation Technology Development Award with her team.

SAMM Teknoloji became the 3rd Turkish Company to win the CERN tender in the Large category!

It was established 18 years ago and was among Turkey's top 100 fastest growing technology companies for two years in a row.With 60 engineers, over 250 employees, 2 factories and an R&D center in Gebze; SAMM operates in many different sectors such as Fiber Optic Accessory Production, Informatics and Electrical Contracting.

With an R&D supported production line, SAMM is able to produce solutions that provide added value to the market, especially for telecommunication, IT and heating projects.

SAMM, as a solution-oriented company, aims at the reach highest level of customer satisfaction in addition to the contentment of all employees involved in commercial, technical and engineering workflow.