As SAMM Technology, we celebrated the 5th anniversary of Raspberry Pi with an event, named "Raspberry Pi and its Industrial Applications in the 5th Year". The event was held on the world wide Pi Day March 14th, at Habita Co-Working.

We have aimed to use Raspberry Pi more effectively in the field of education in Turkey with most of the work that we have done in the past years. However, we also wanted to expand the Raspberry Pi’s field of applications without affecting education efforts. For this purpose we have started shedding some light and supporting industrial projects and products based on or related to Raspberry Pi.

Our IT Group Manager Ramazan Subaşı, representing our company, gave the opening speech of the event. Mr. Subaşı talked about all the work done previously, and about the work of our company that would be done in the future.

In addition, during the event everyone had a chance to watch and listen to several presentations of seven different companies developing industrial products and solutions using Raspberry Pi, which are highlighted below:

The first presentation of the event was made by Görkem Yanık from the developers of the MedIOEx industrial card, which was invented by a 100% local Turkish design. In his presentation, Mr. Yanık talked about the convenience and affordability that Raspberry Pi has provided in field industrial machines applications and automation projects.

The second presentation of our event was made by Mr. Sevan Ersaraç from SMG company . He talked about the solutions they had developed for enterprise music broadcasting and about the special announcements and campaigns that his company is soon to do.

Produced by Konzek, Retmon is a project that offers solutions for environmental monitoring. Ms. Melek Baler from Konzek explained in her presentation, the properties of Retmon that they had been able to develop using Raspberry Pi.

As one of the few 3D printer manufacturers in Turkey, Zaxe Company has been a hit with it first 3D printer model the X1. Their presenter Mr. Can Geliş talked about the features of the X1 model printer and how the X1 has become a smart product with the help of Raspberry Pi.

Mr. Erbil Eren, one of the founders of the company, gave the presentation of Deriva, which is a company in development. He described the system they had developed for retail stores and how it analyzes clients’ shopping activities in order to shape sales efforts accordingly.

Here Mr. Volkan Alkılıç, one of the founders of the company, made a presentation showing their aim of providing regular workshops and factories a smart assembly line system using Raspberry Pi. Mr. Alkılıç added that they had been doing productivity analysis in their production facilities and that their project had proved being able to increase production efficiency.

The last presentation of your event was done by Mr. Doğan Dağdelen on behalf of Amonsis company. He explained how they made the have made a product identification solution using Raspberry Pi and RFID technology, a solution which would become very useful in large warehousing areas.

Below are some photos from the event 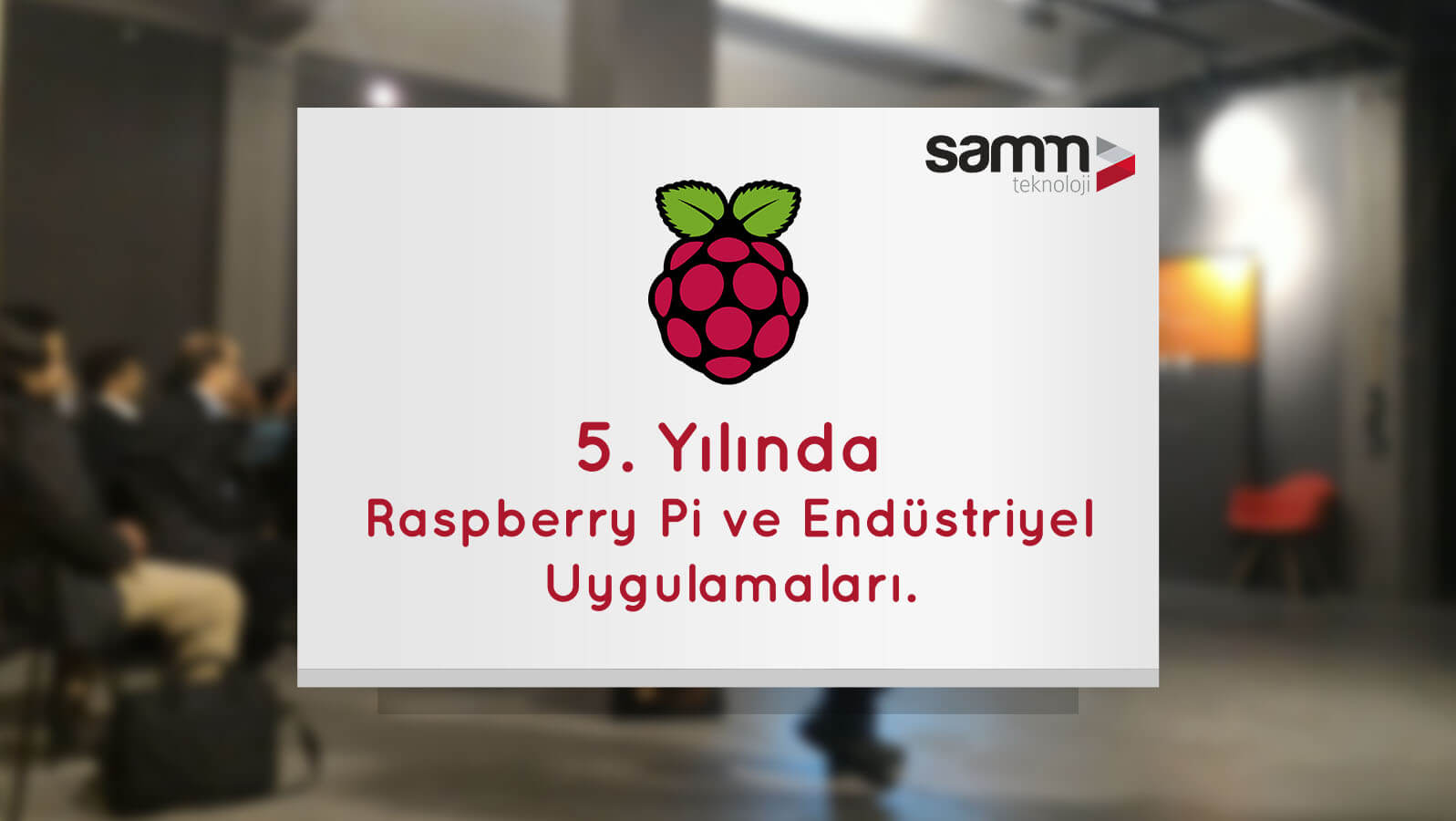 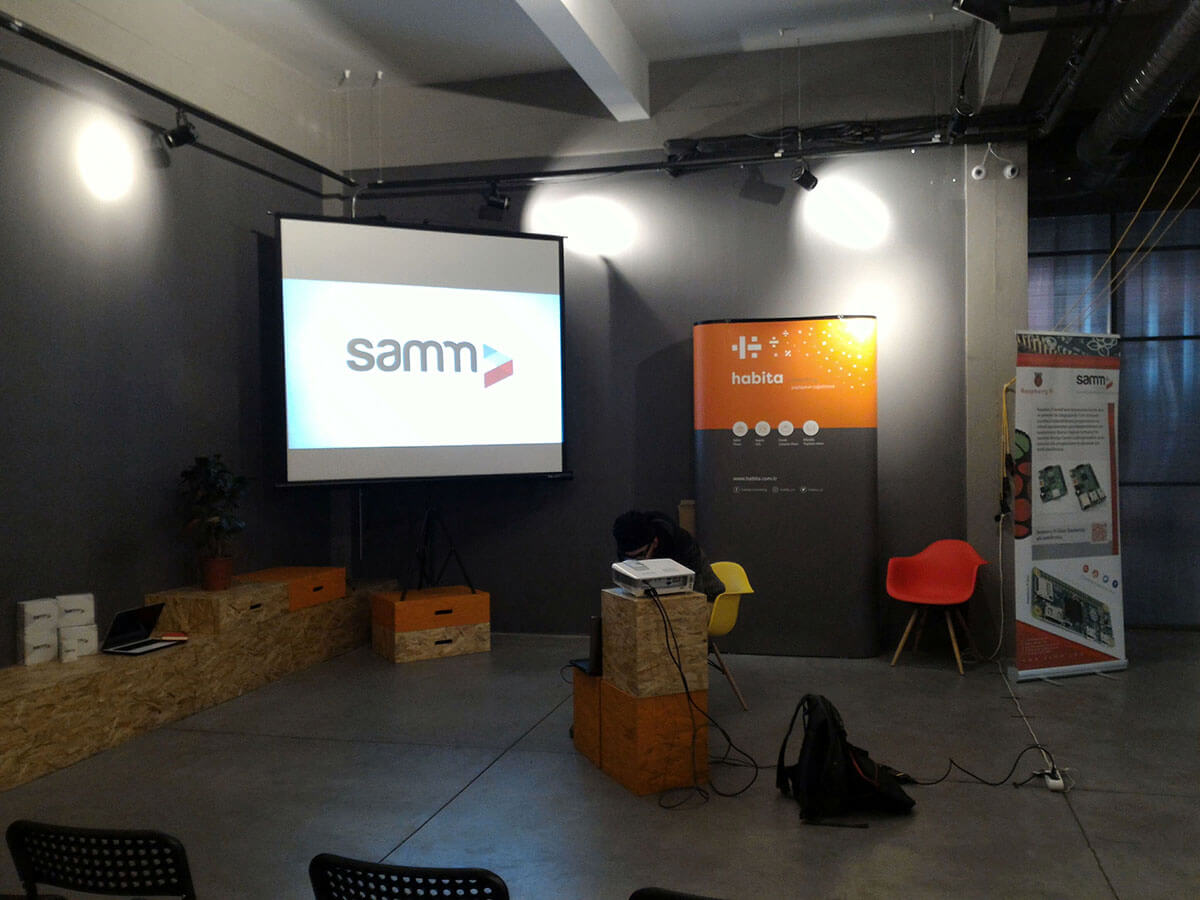 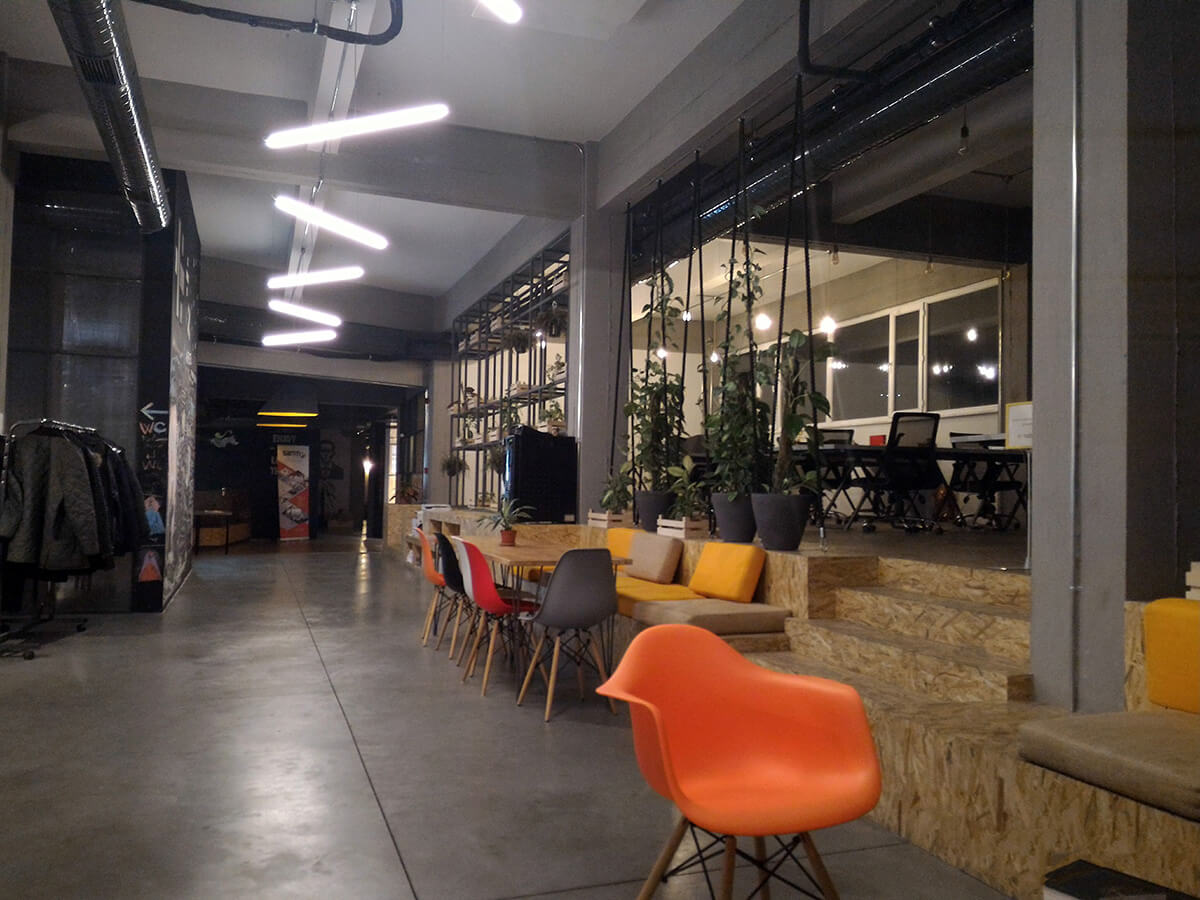 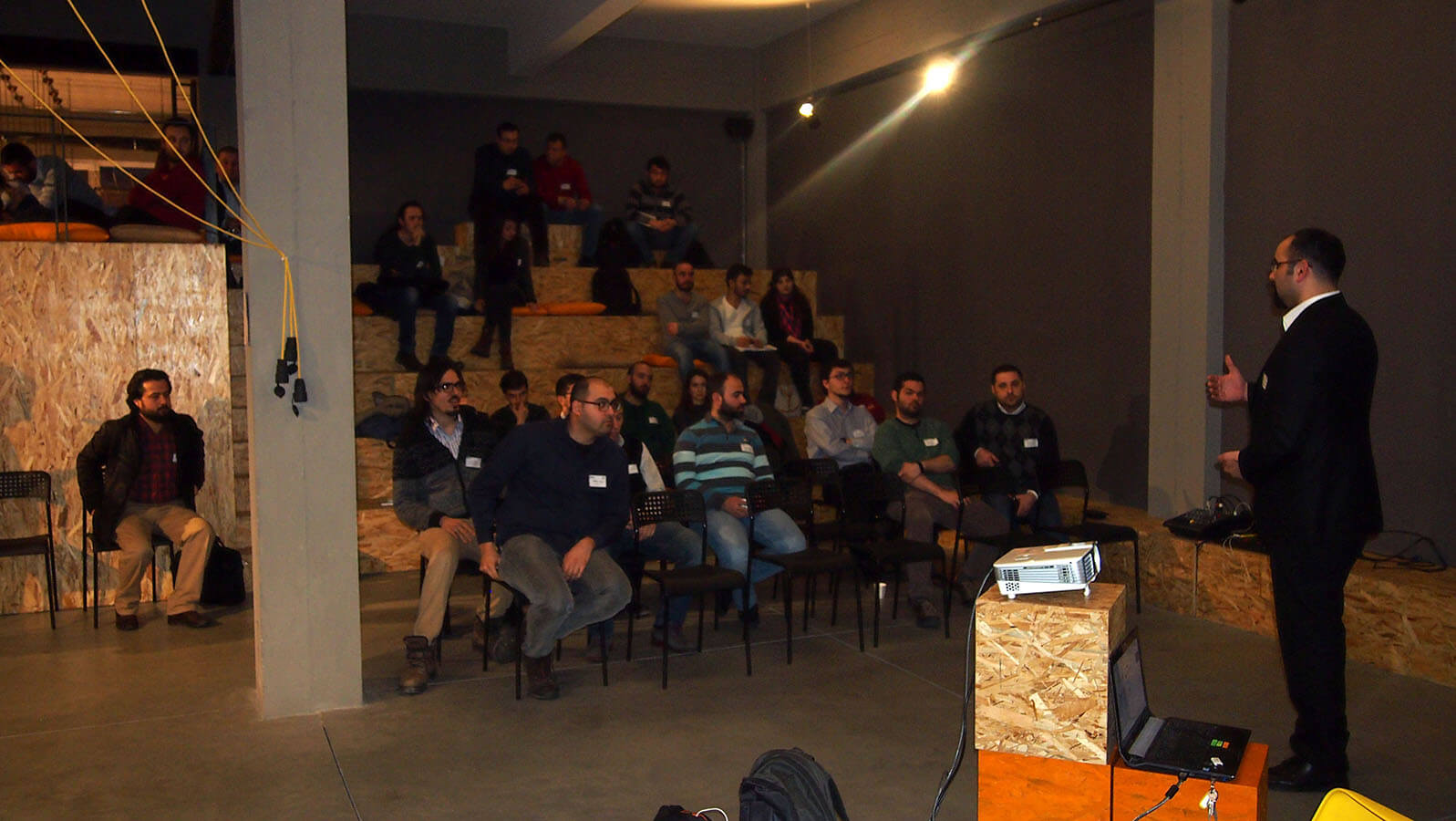 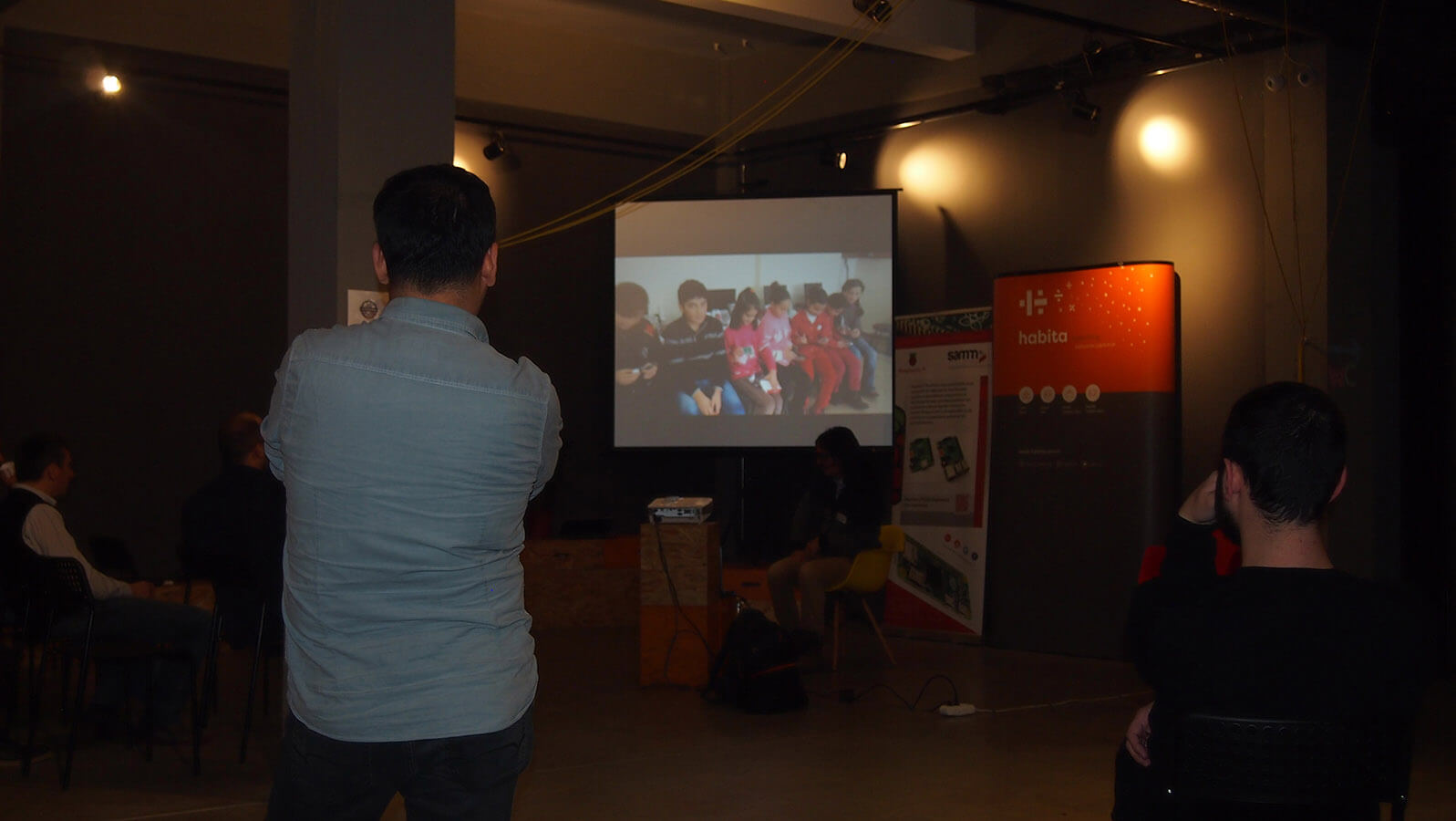 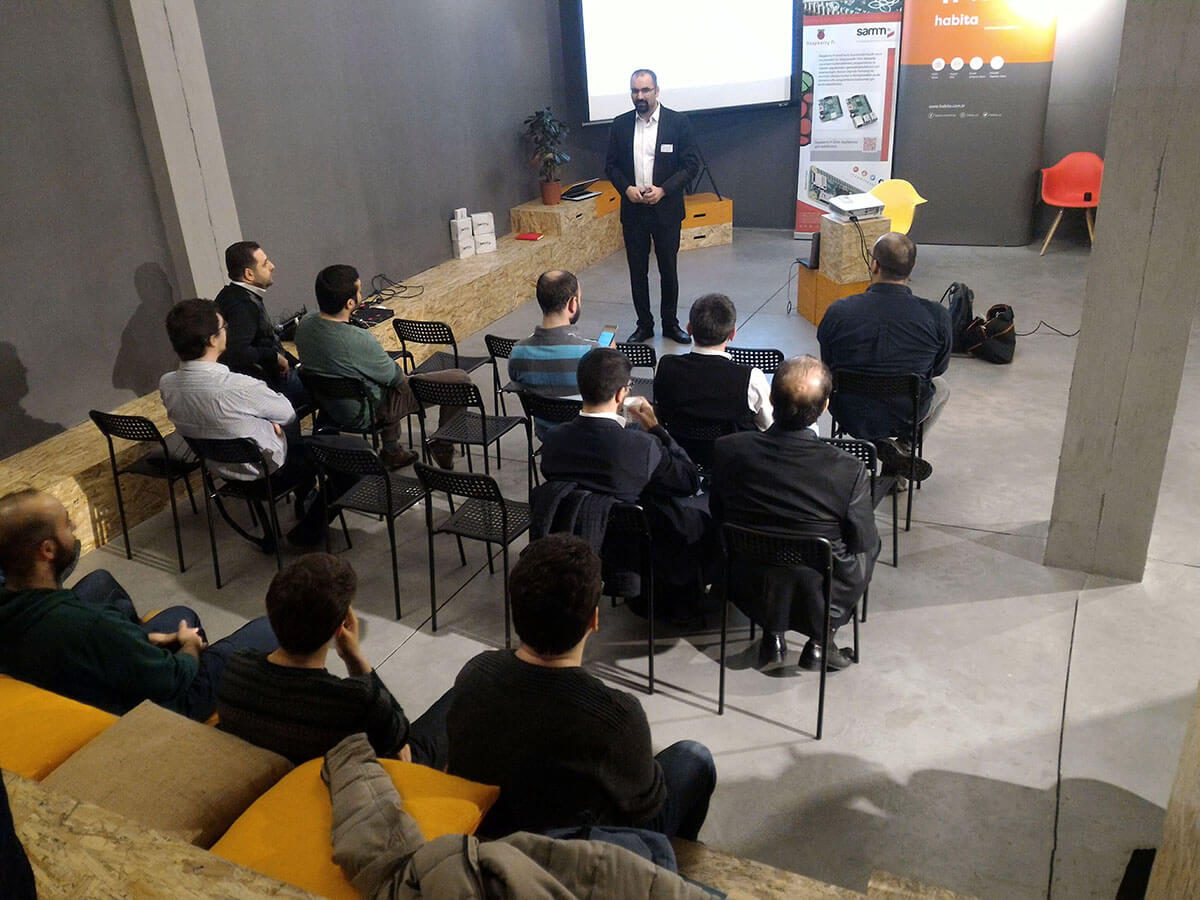 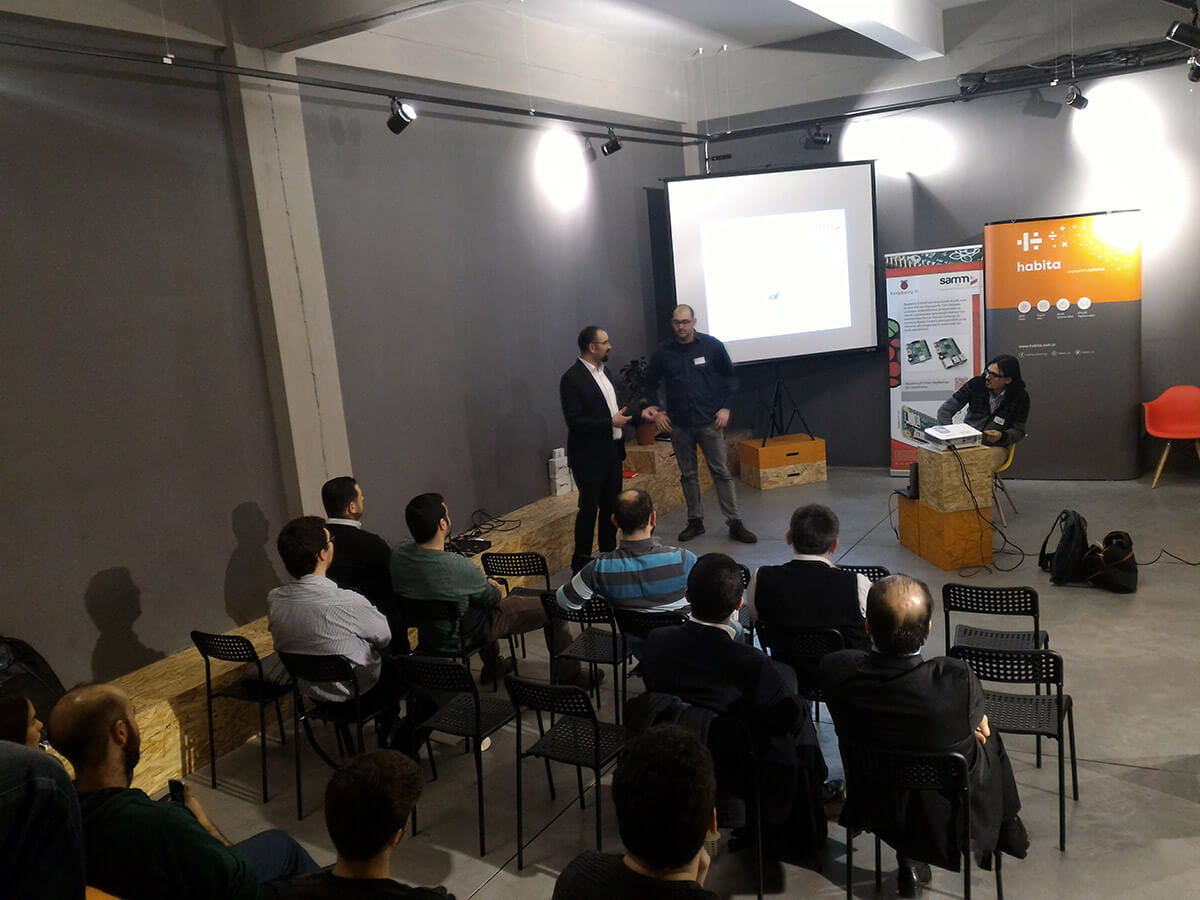 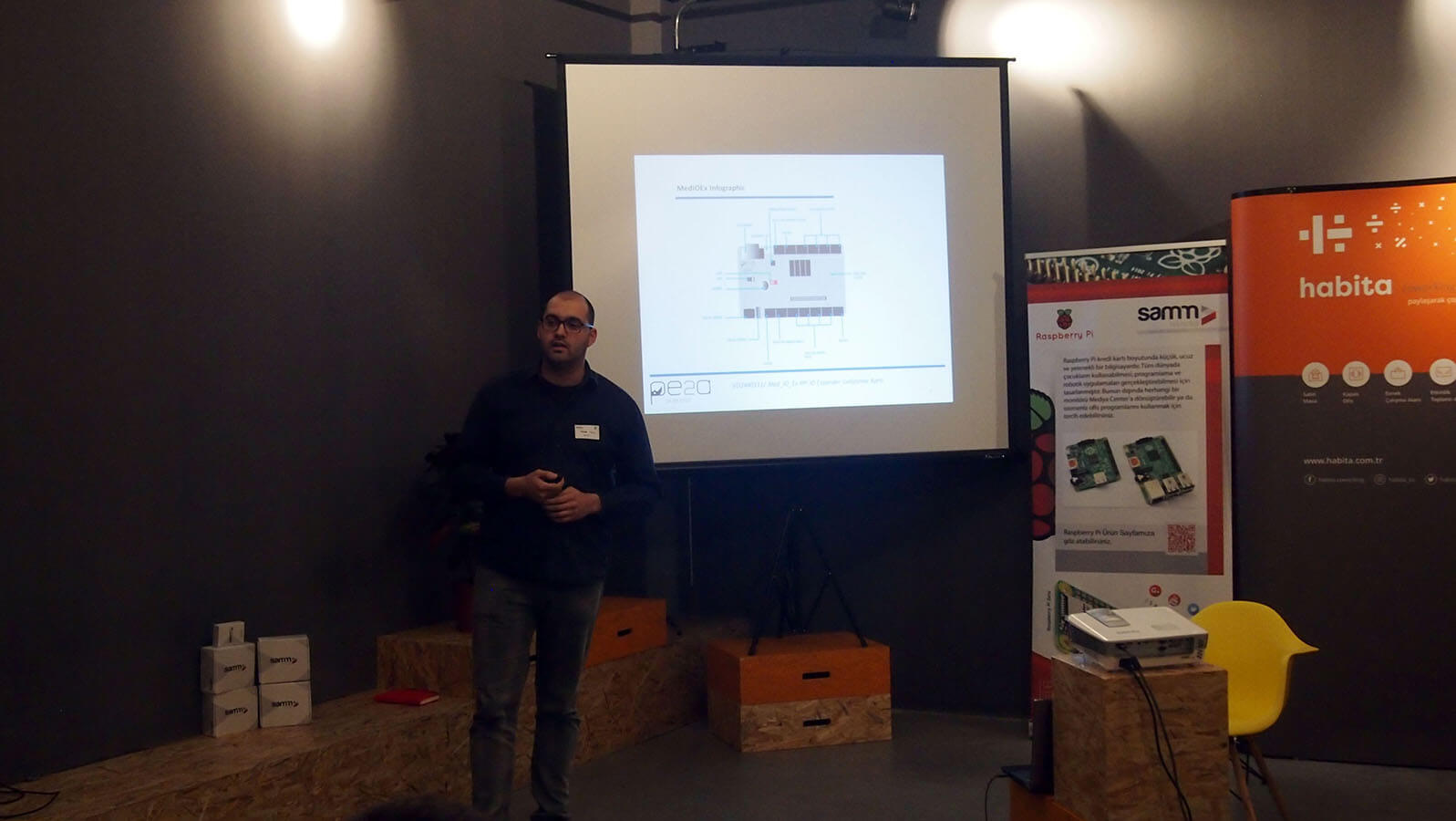 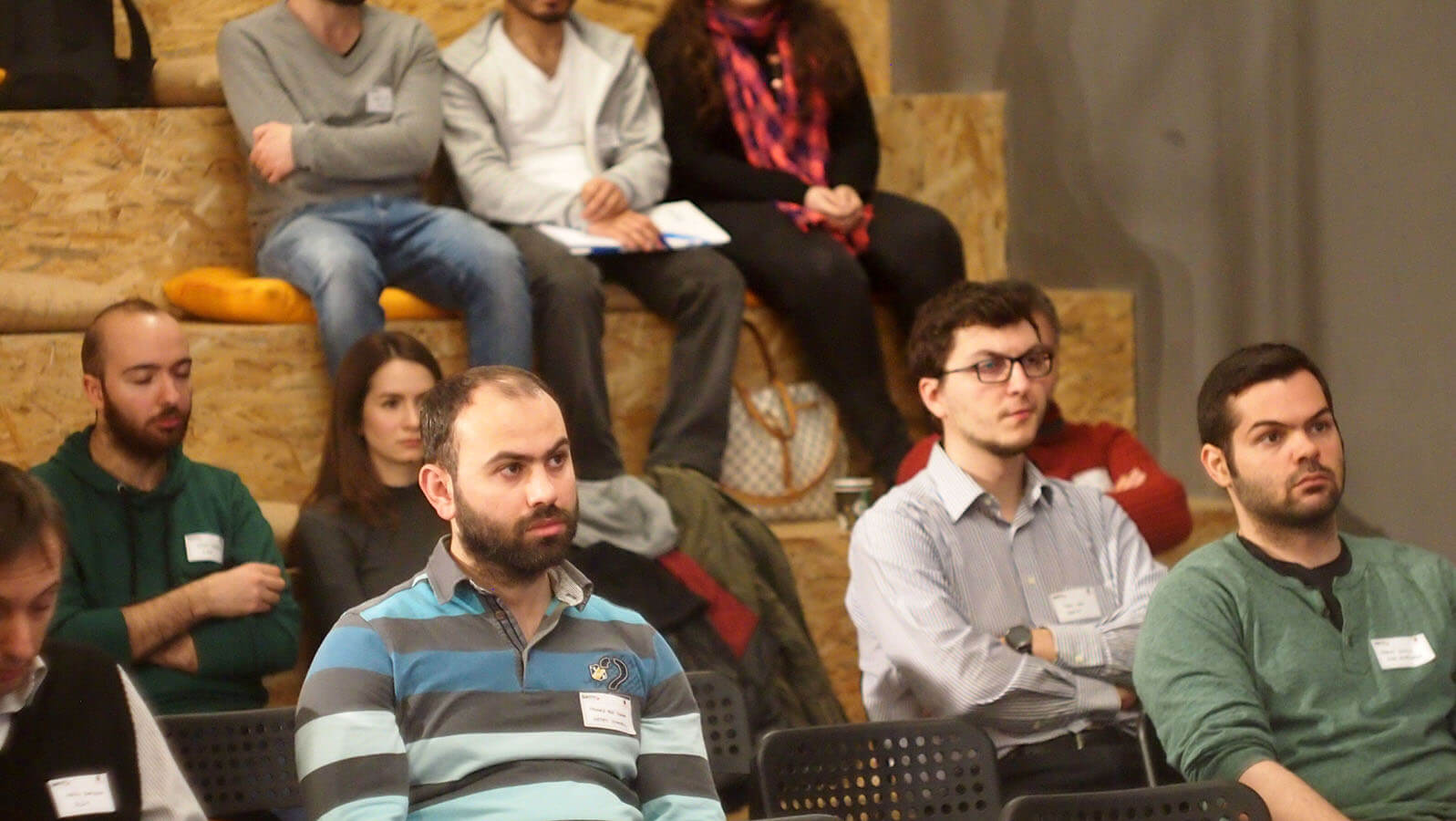 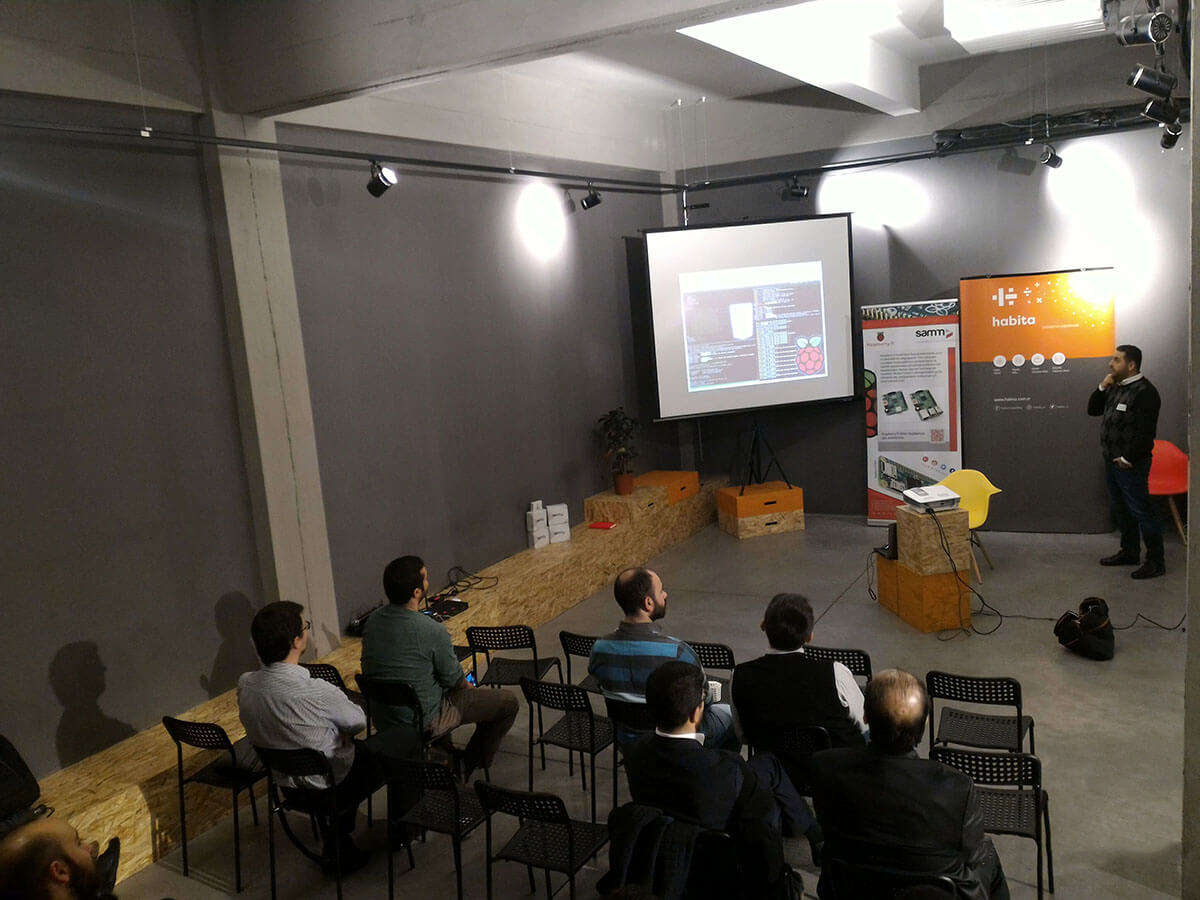 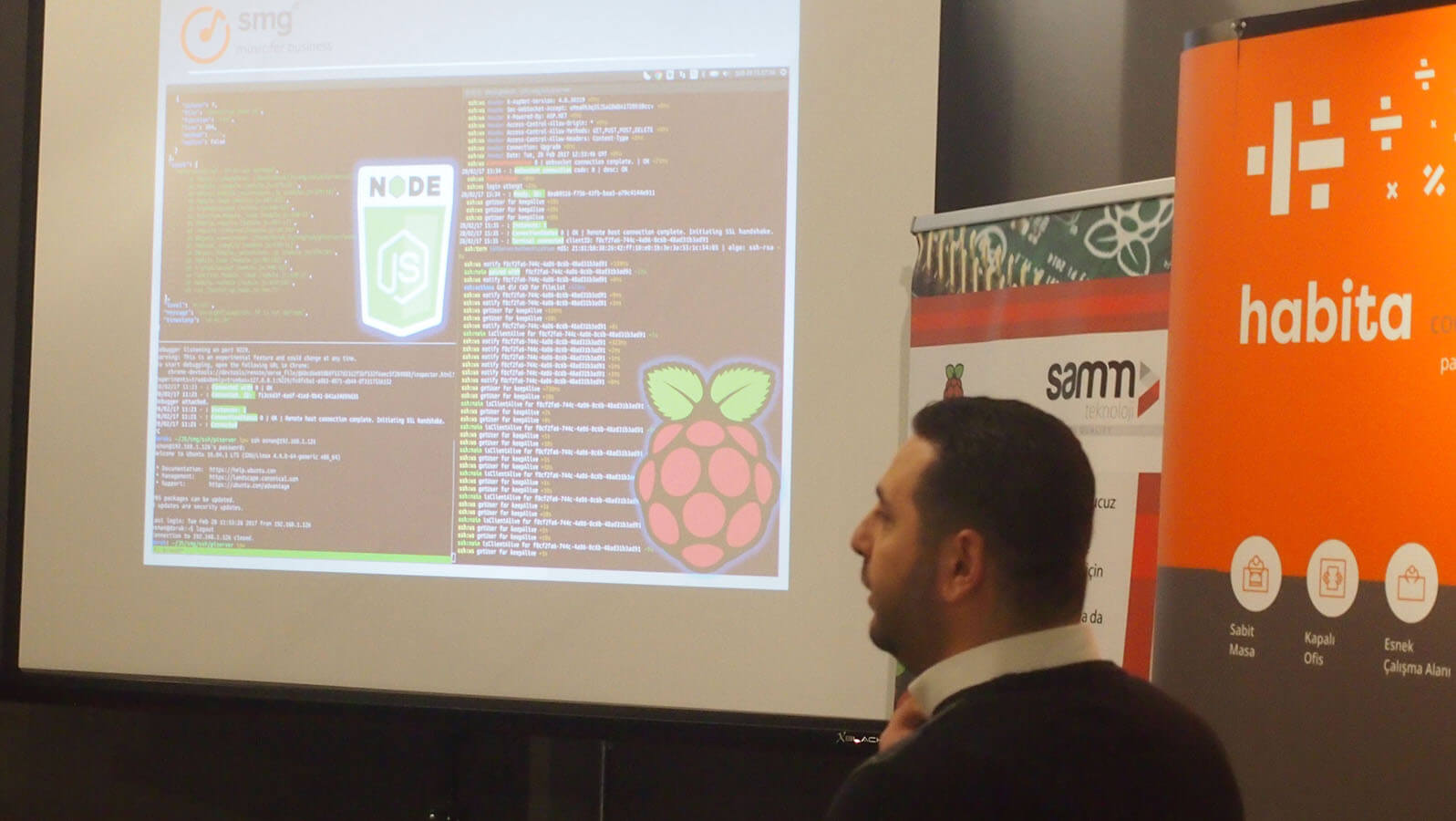 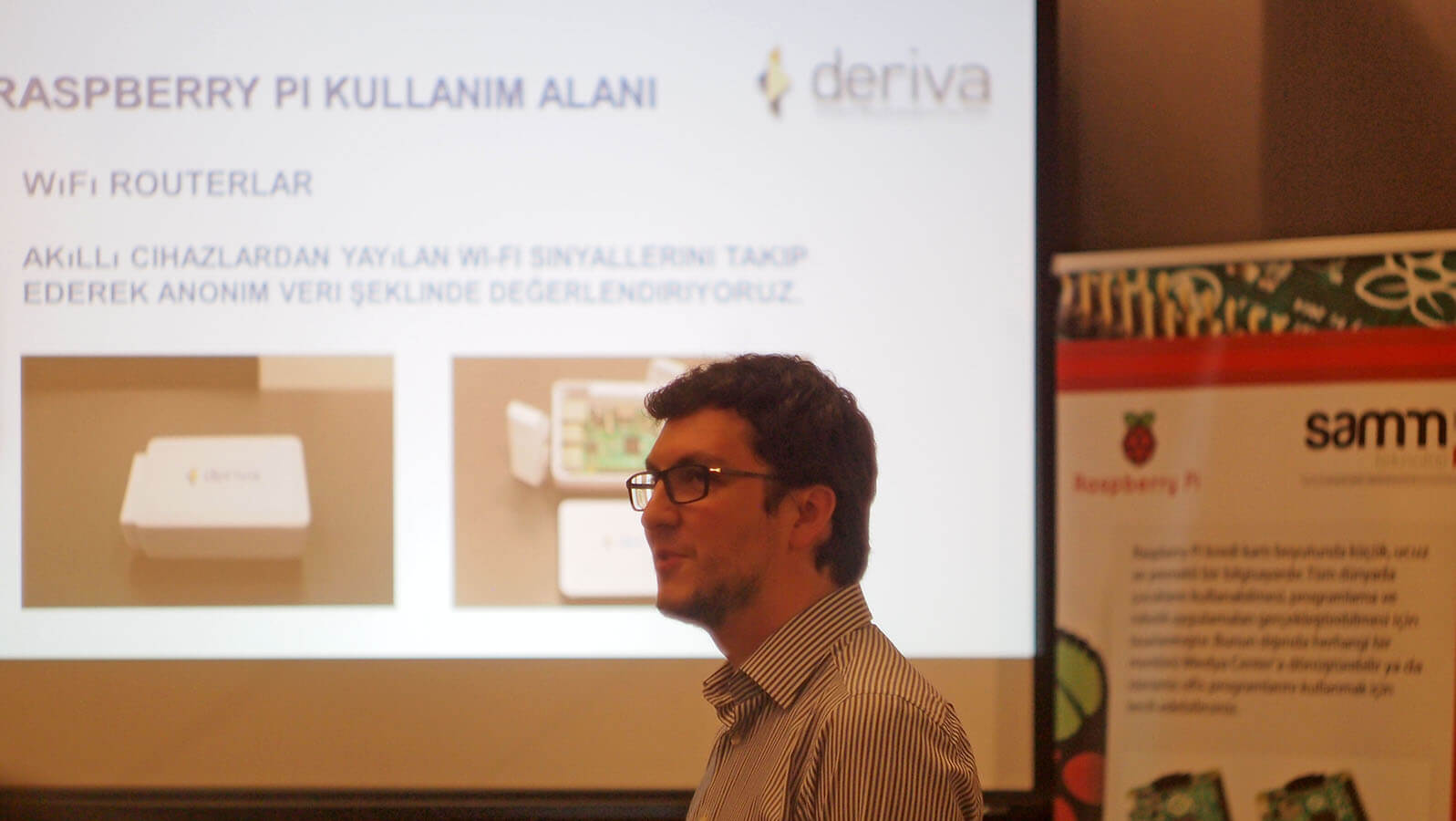 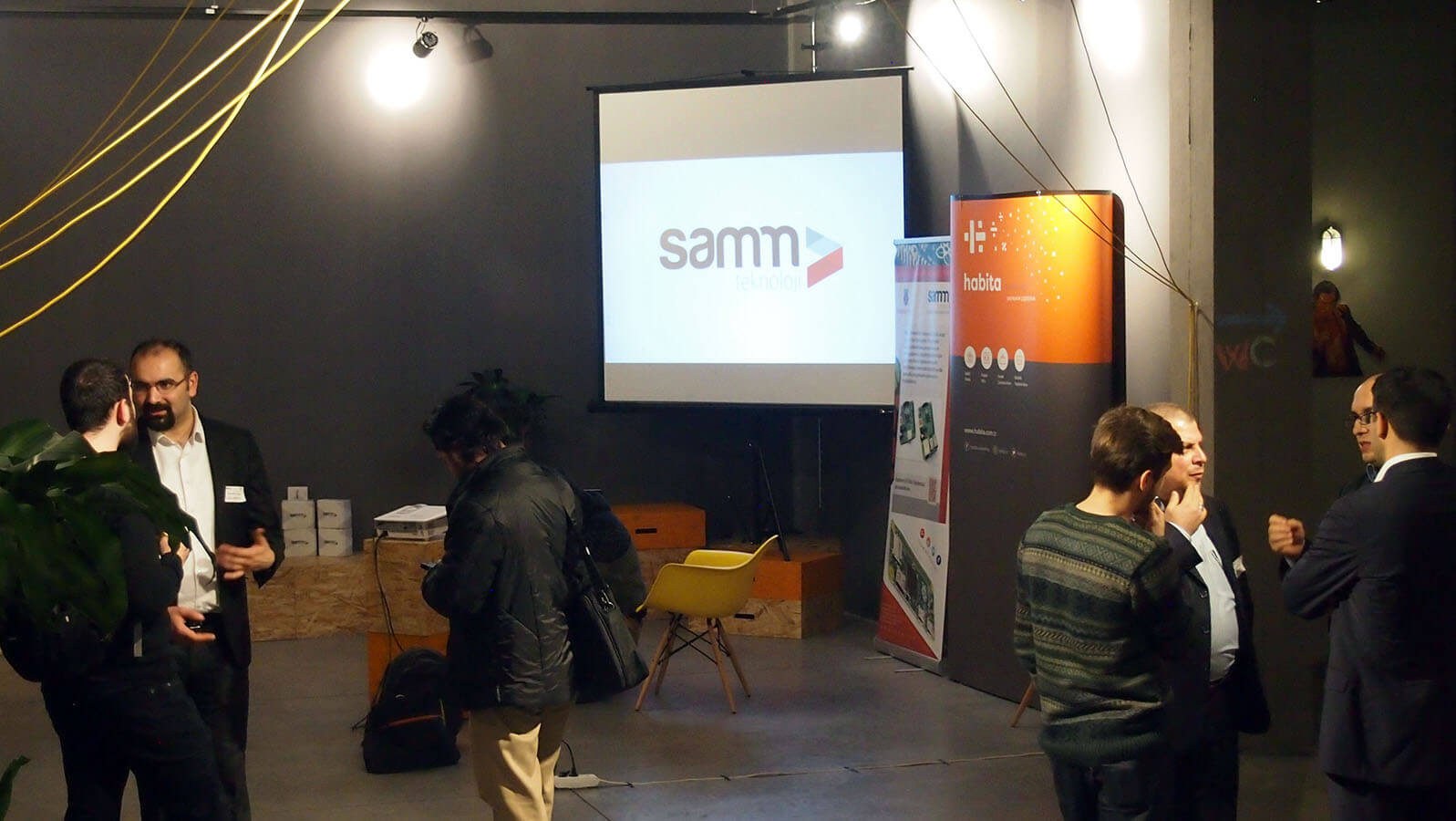 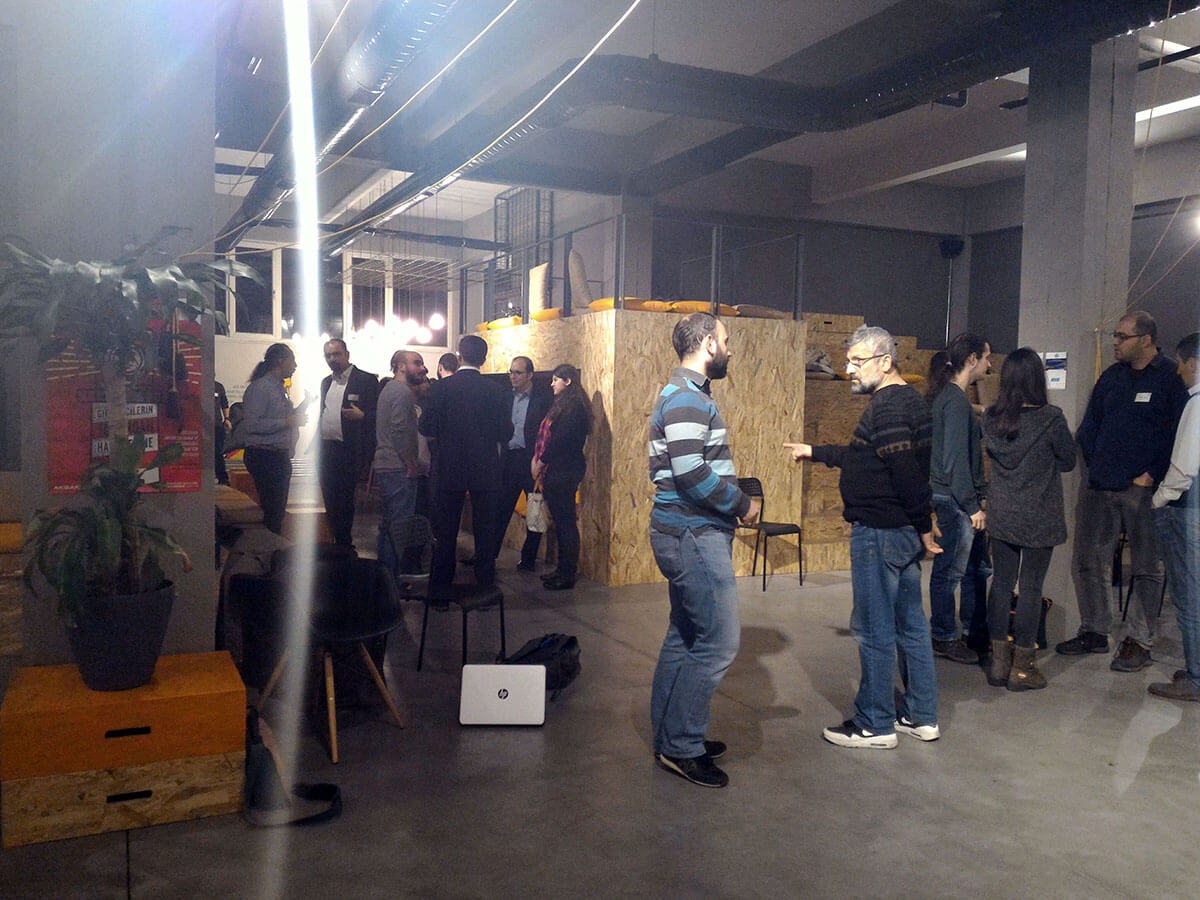 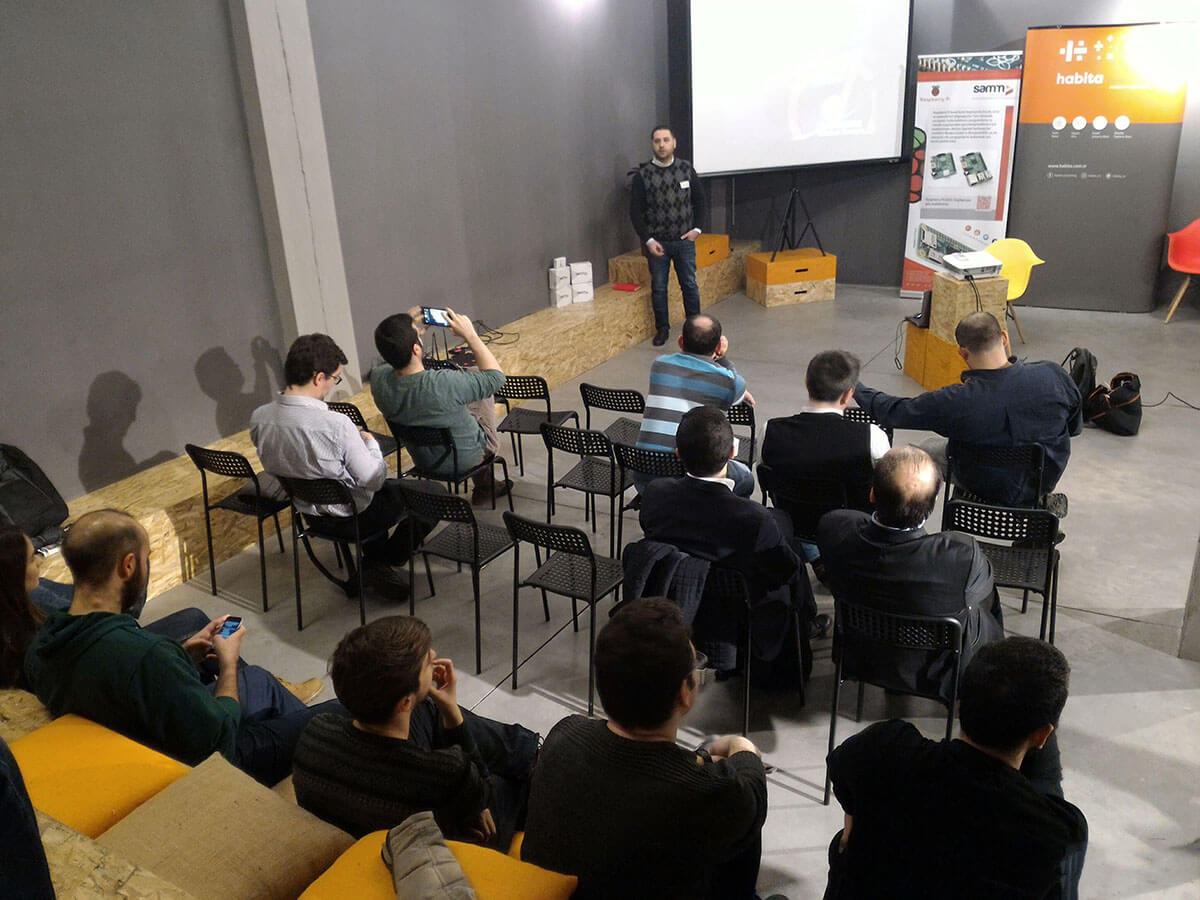 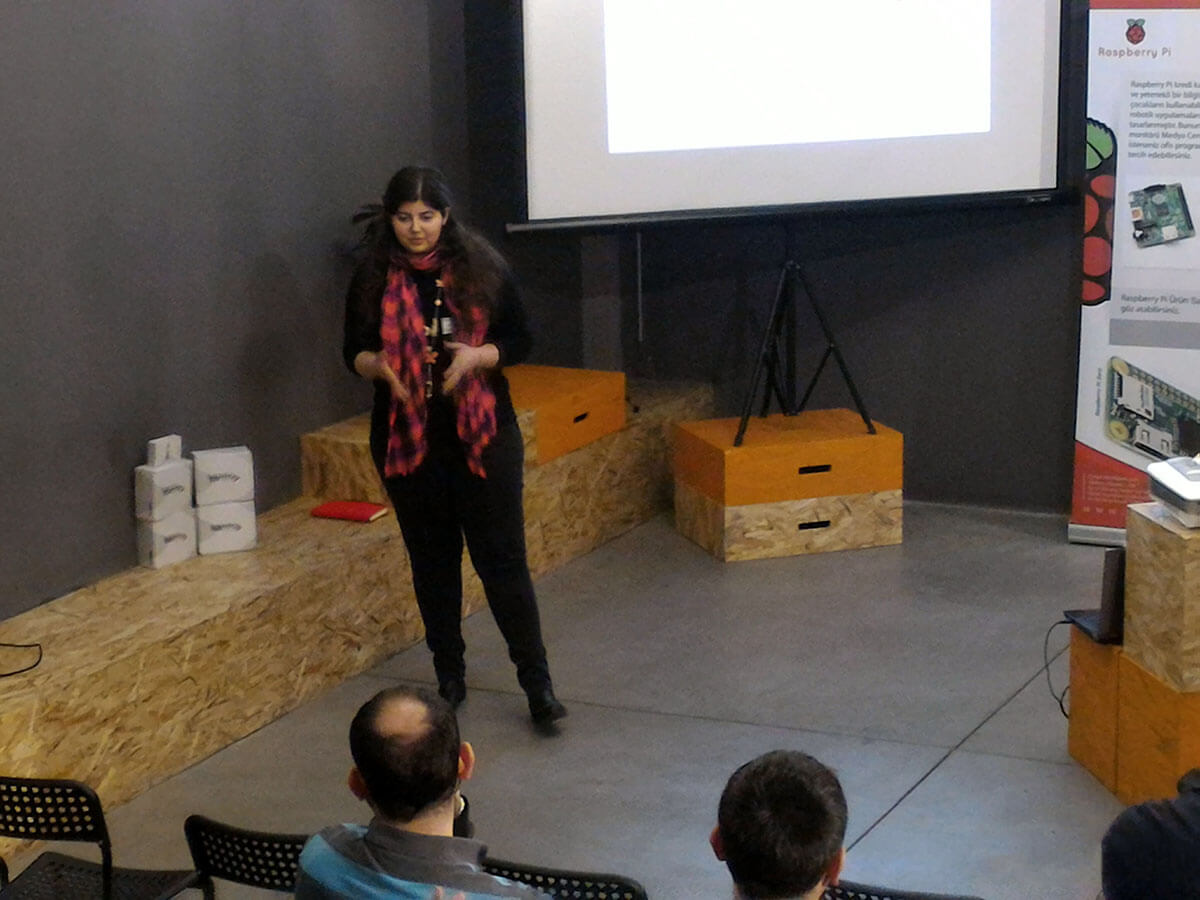 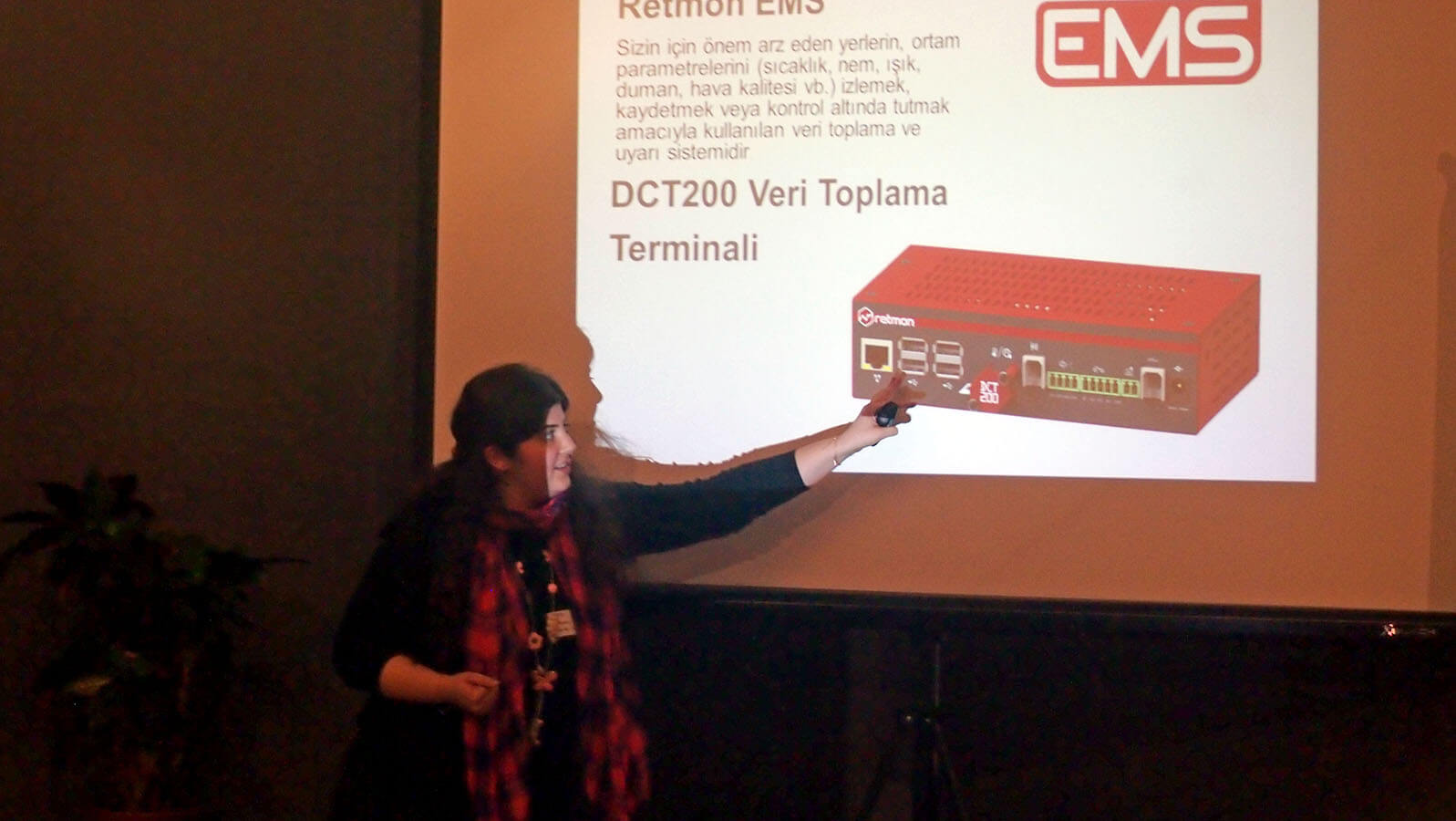 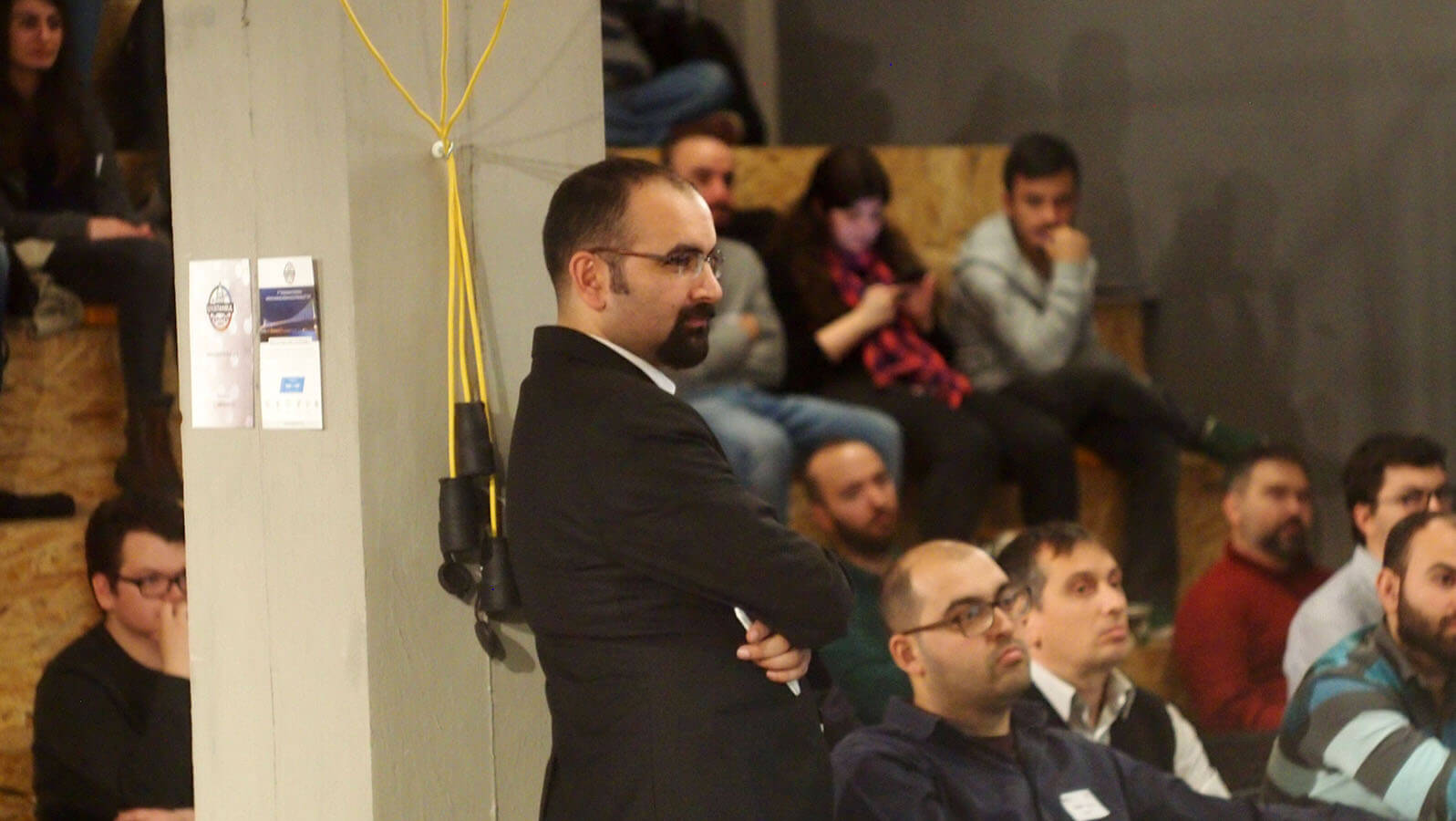 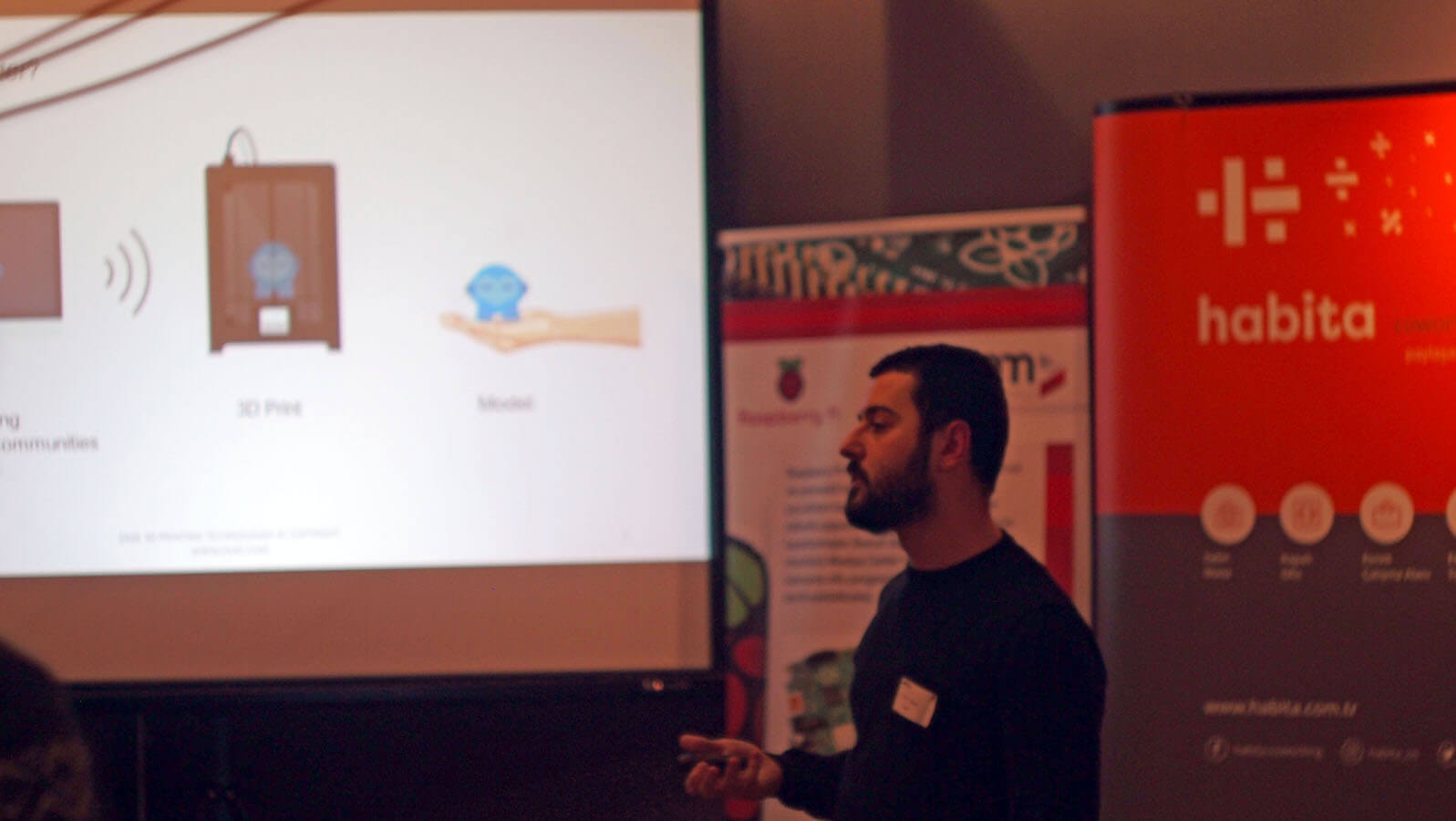 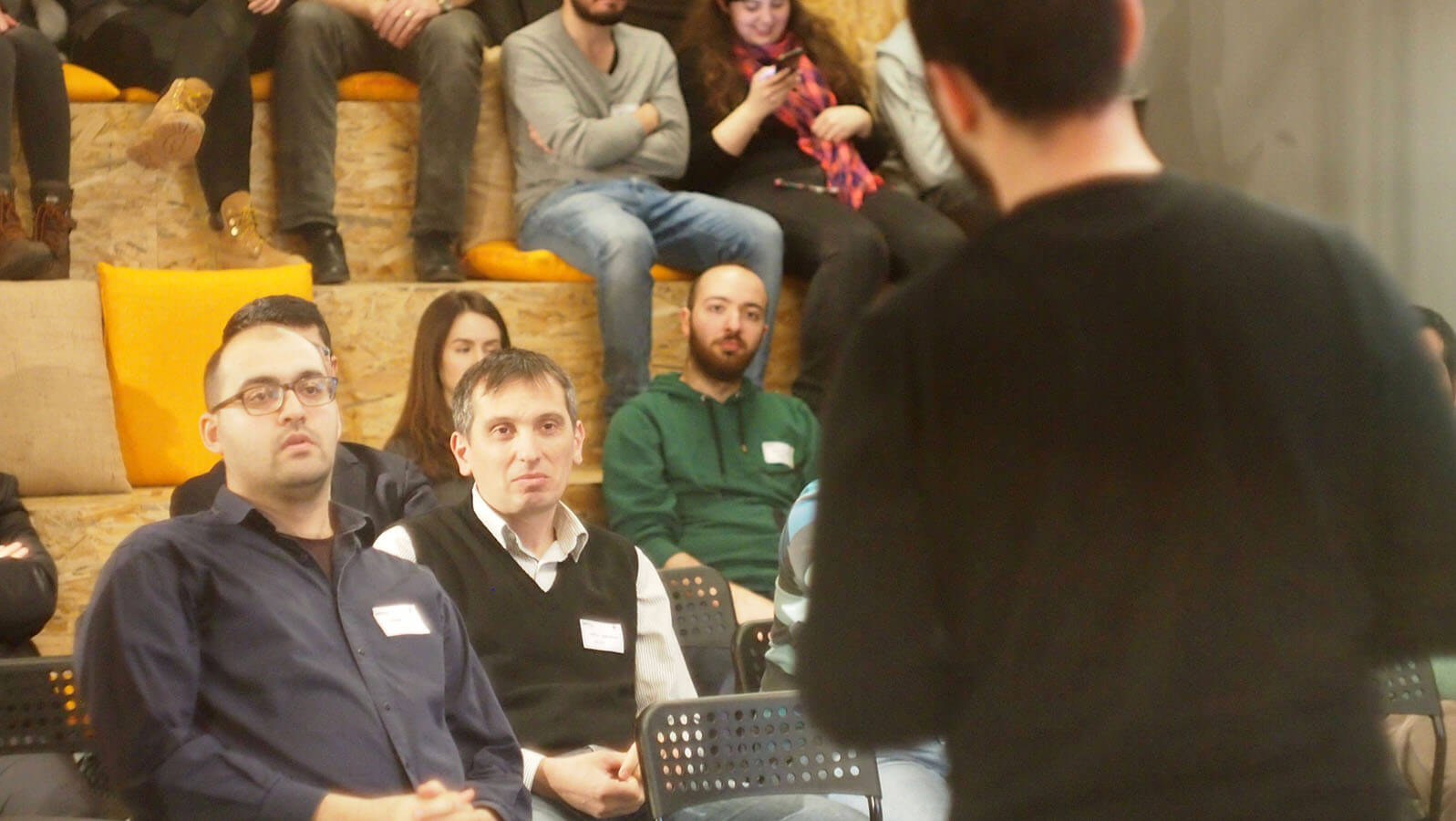 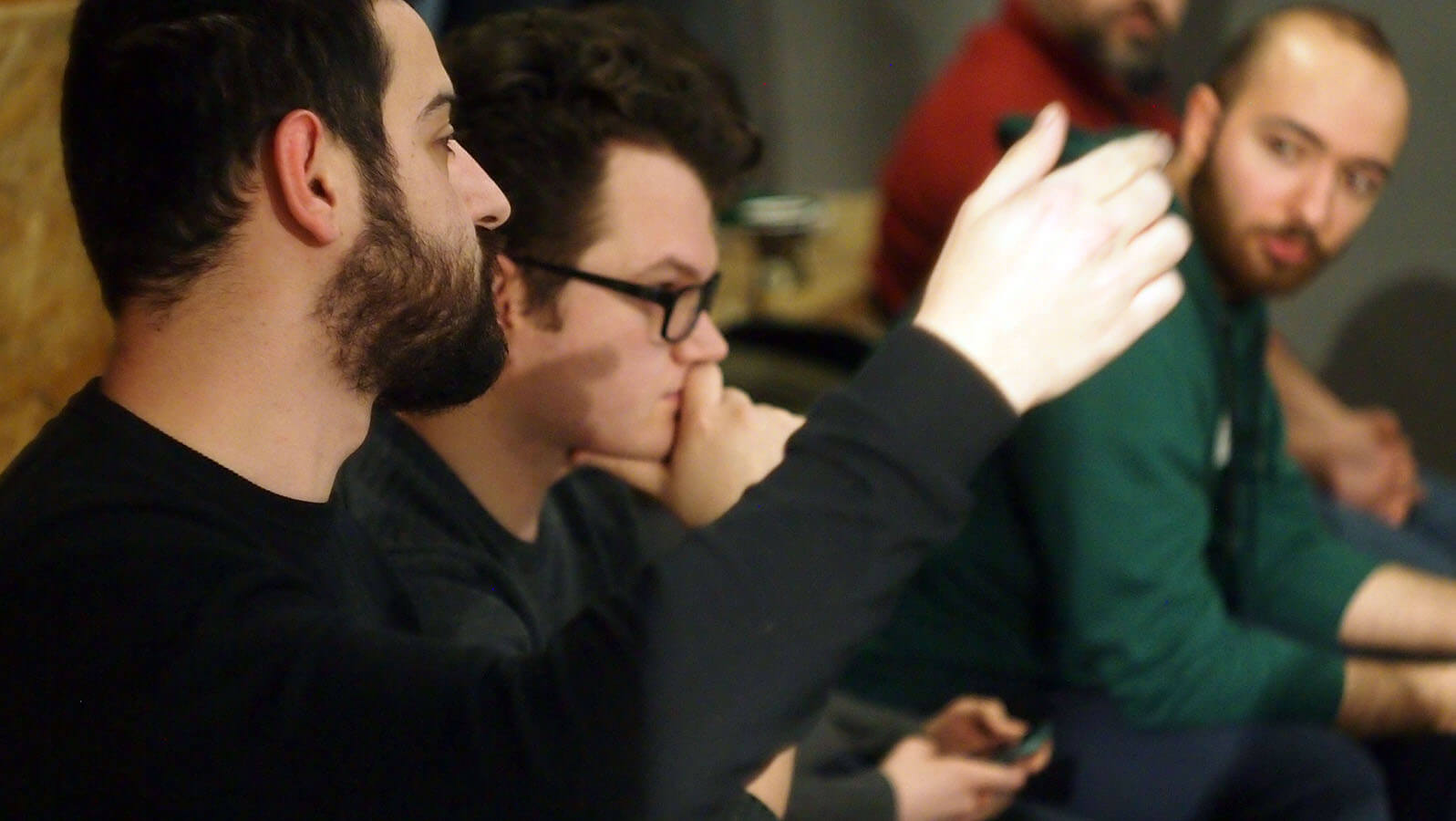 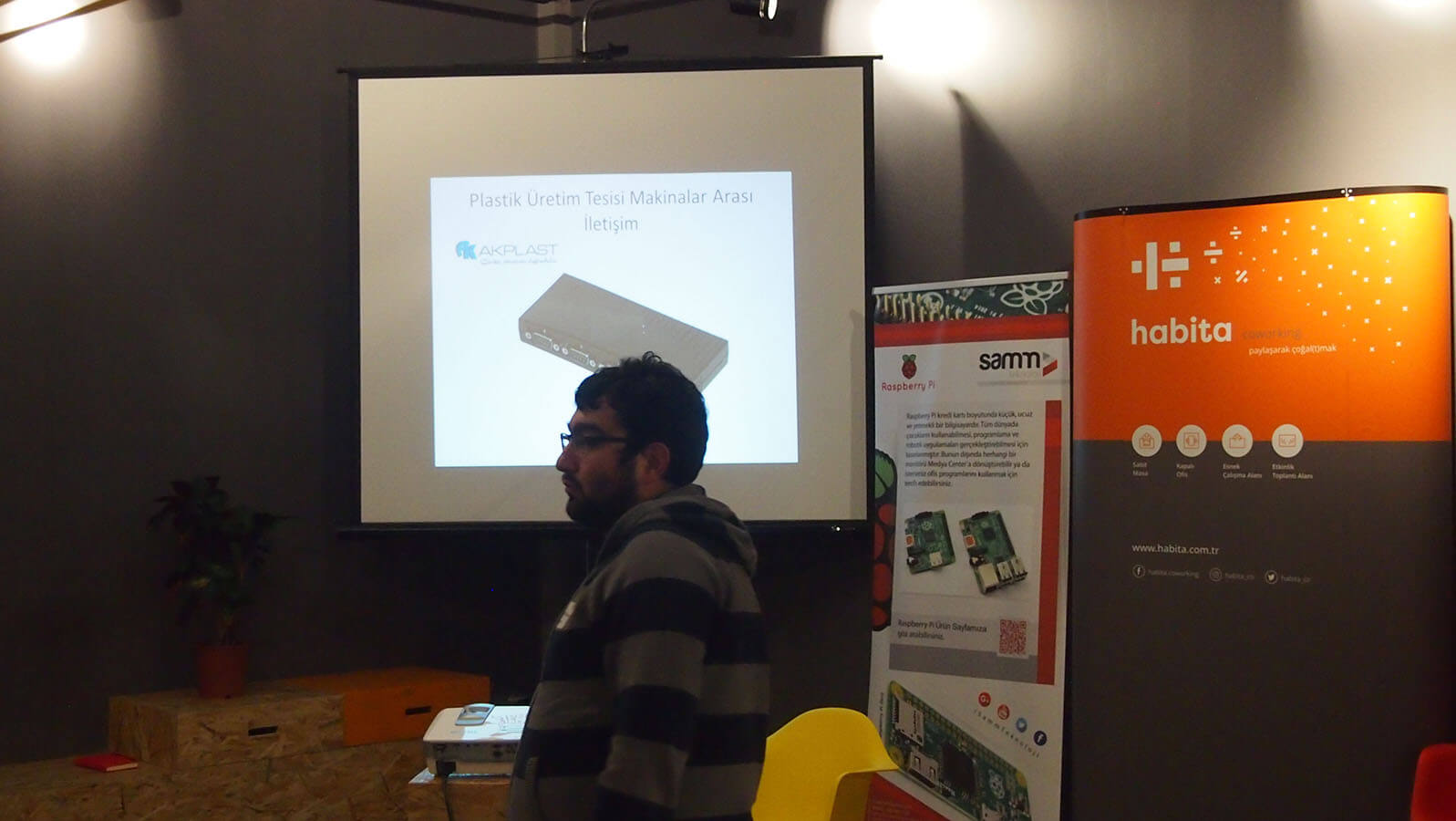 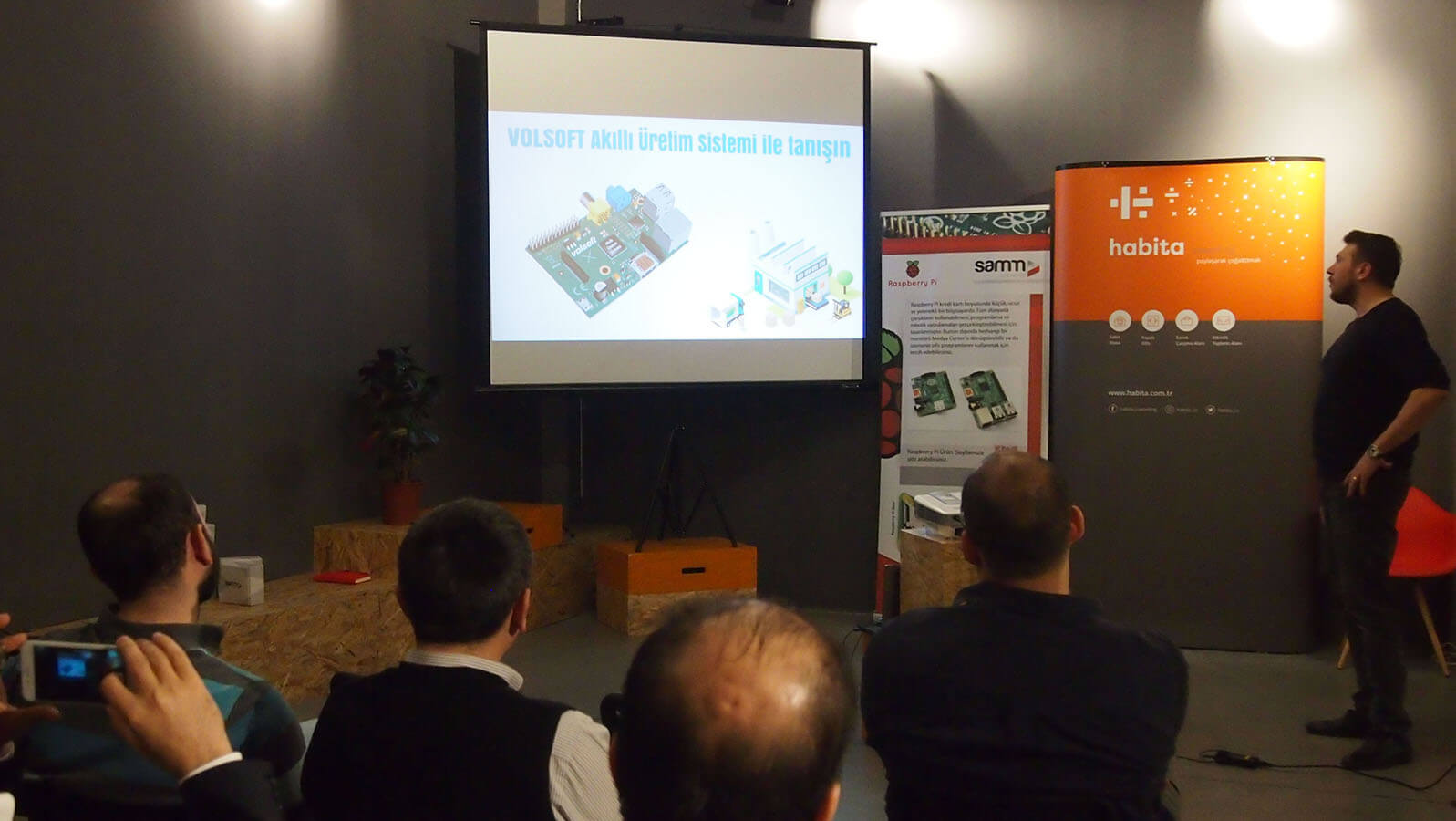 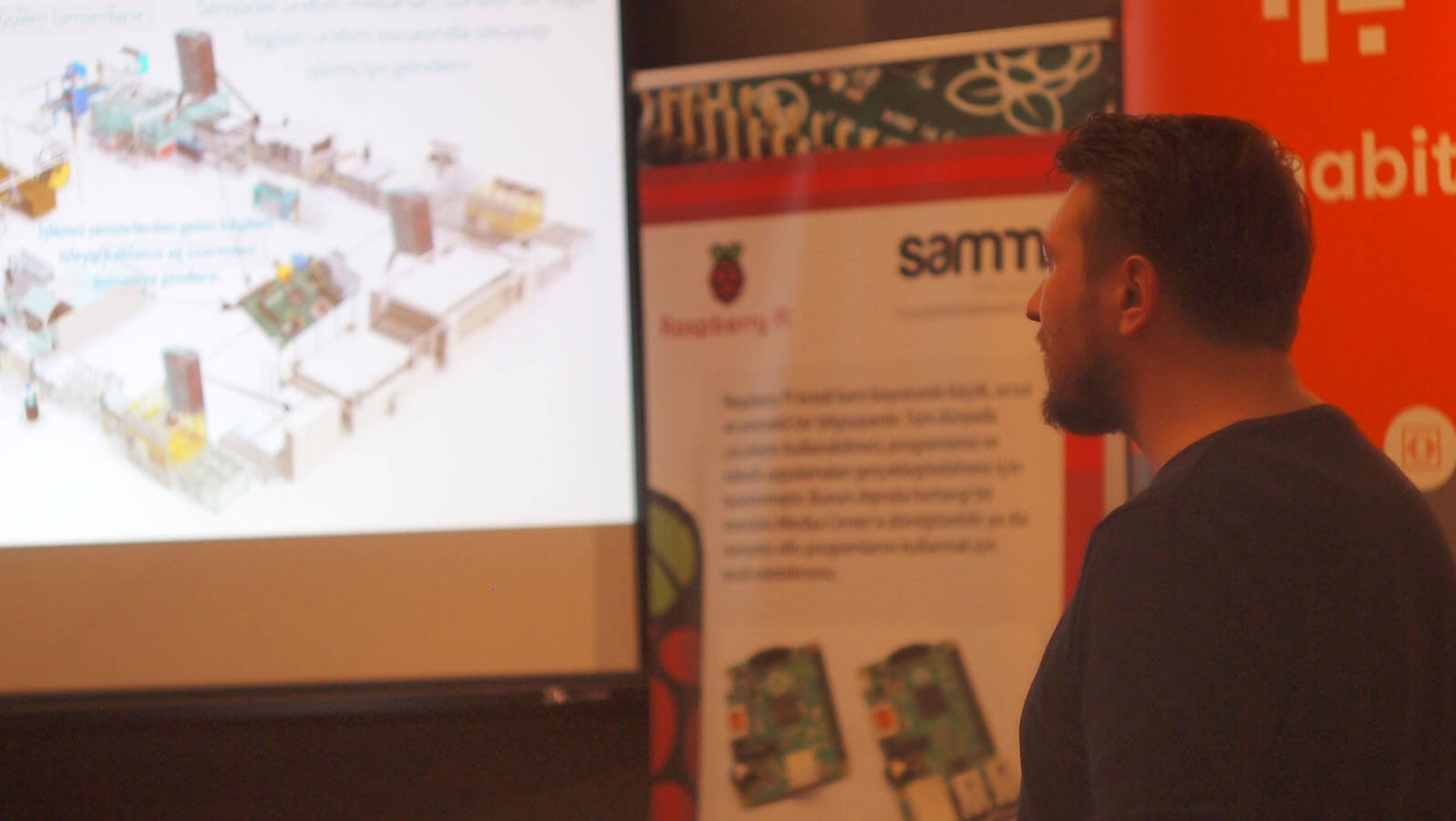 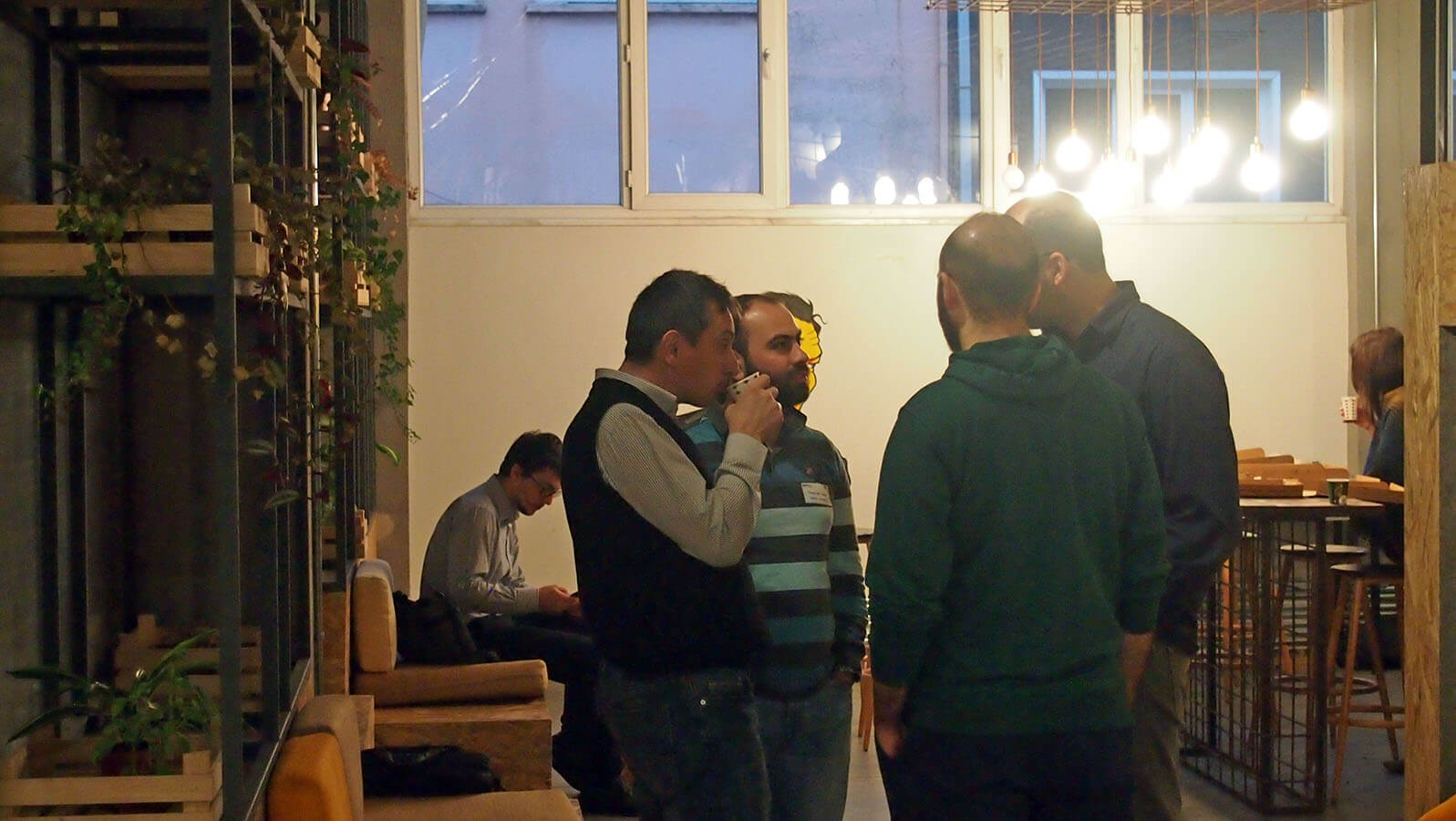 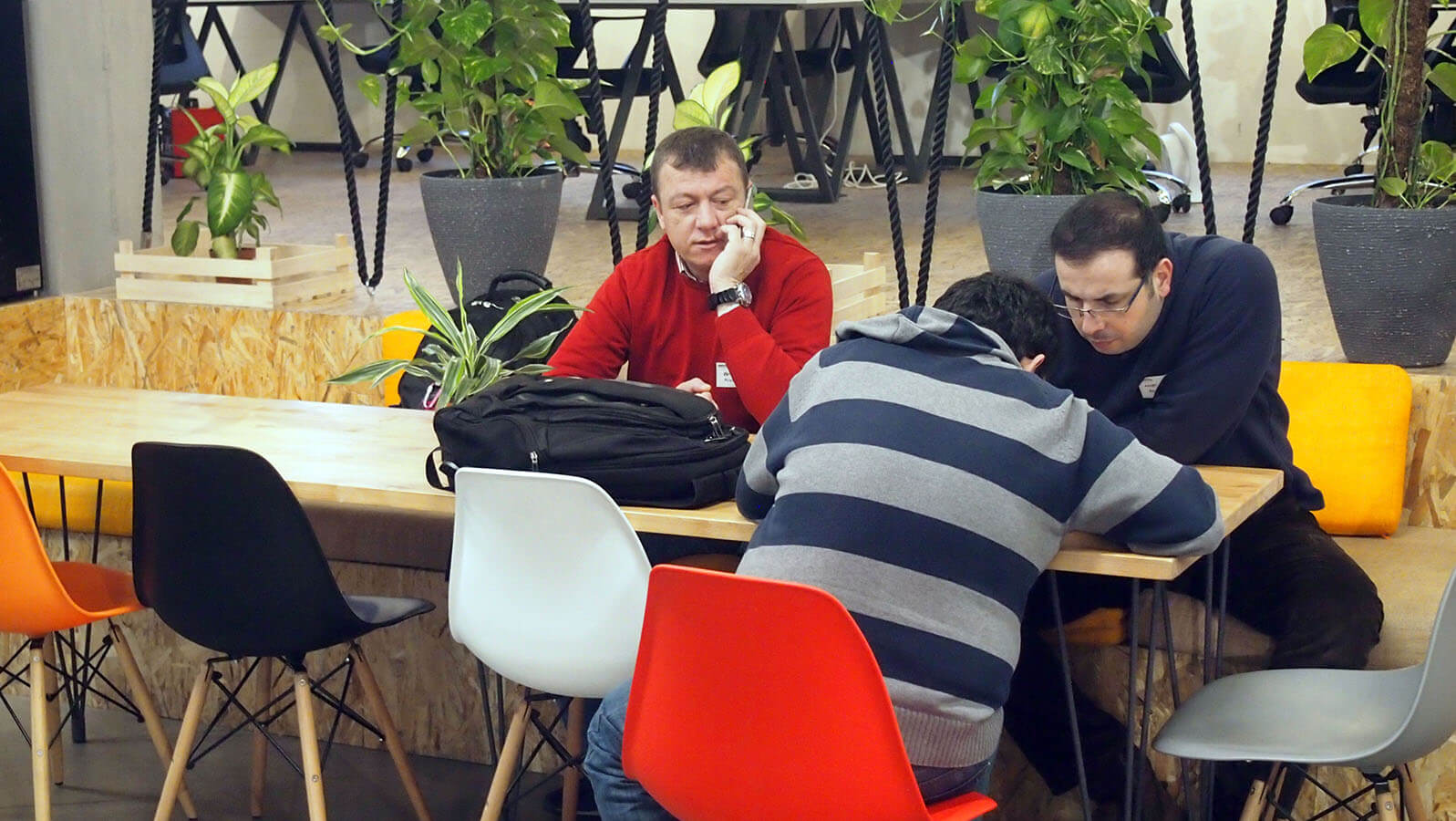 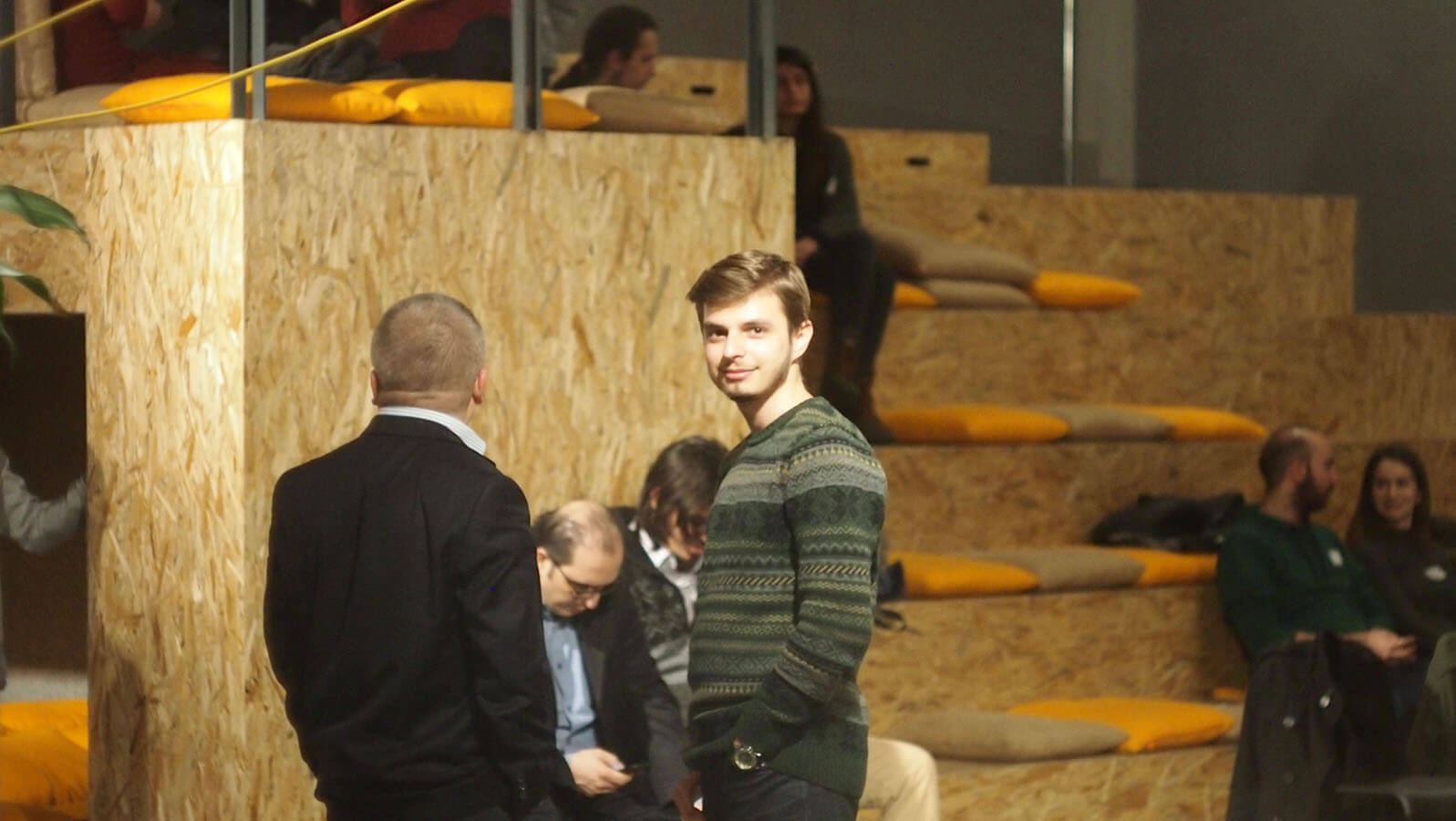 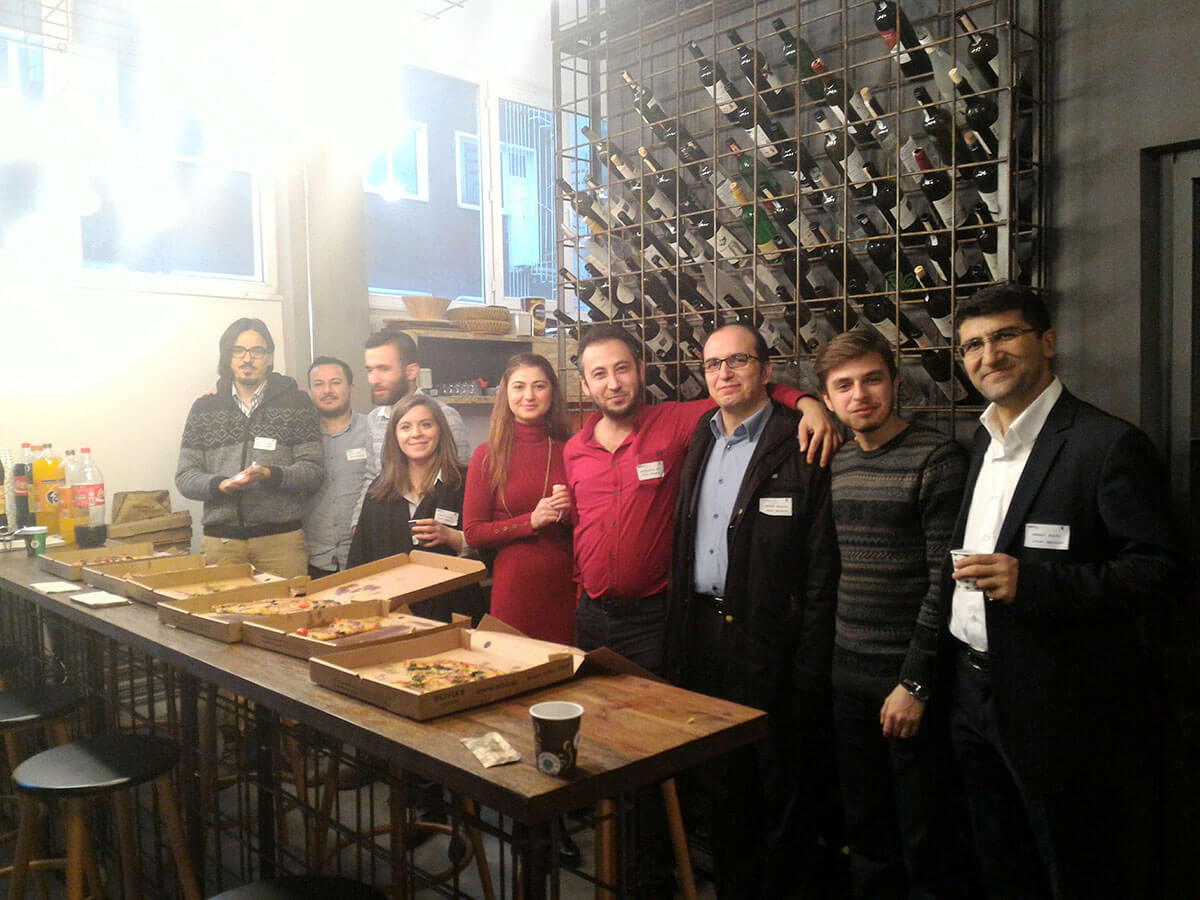